Governor Hassan Joho and two MPs have said they are ready to battle for CORD's gubernatorial ticket.

Nyali MP Awiti Bolo, who has expressed interest in the governor's seat, said he wanted to face the two in a fair contest. And Senator Hassan Omar, who is also Wiper Democratic Movement (WDM) Secretary General, told a youth forum at Allidina Visram Secondary School that he was ready for joint primaries to pick CORD's gubernatorial candidate.

The legislator said he was ready to accept any process that would lead to a joint candidate for CORD.

"I am confident I will be CORD's flag bearer because I have the support of Mombasa residents," he said.

Mr Omar denied he holds a personal drudge against Mr Joho, arguing that he only wants the county administration to thrive.

"We will continue to demand for accountability and transparency. It is not a personal war against anyone," said Mr Omar, adding that various local and international agencies had documented mismanagement in the county.

The senator said he was capable of defeating Joho and becoming a better governor.

Speaking separately, Joho accused his critics of failing to accept that he had brought development to Mombasa despite the meagre resources disbursed by the national government. The governor said none of his rivals can defeat him in a popular contest.

"I have no problem with joint CORD nominations to elect the coalition's gubernatorial candidate ahead of next year's general election," said Joho. He said every Kenyan has a right to declare interest in any seat in apparent reference to Omar and Awiti's declarations that they will run for governor next year.

"We do not fear anyone and when that time comes, it is the people of Mombasa who will choose," said Joho, adding that he would win the joint primaries.

Despite being in the same coalition, Joho (ODM) and Omar of Wiper Democratic Movement (WDM) have been at odds politically since last year.

And speaking to The Standard yesterday Awiti said he was ready to face Joho and Omar in the primaries.

"I am ready for it even yesterday. Let them wait and see how I will defeat them because I have the voters behind me," said Awiti.

Man admits to molesting a camel

A man was on Friday arraigned in a Marsabit Court of Law for committing a beastly act. The man aged 19 was arraigned in Court for engaging in an indecent act with his master's camel in Thogo Gichi area ,Dirib Gombo area Location Marsabit County. 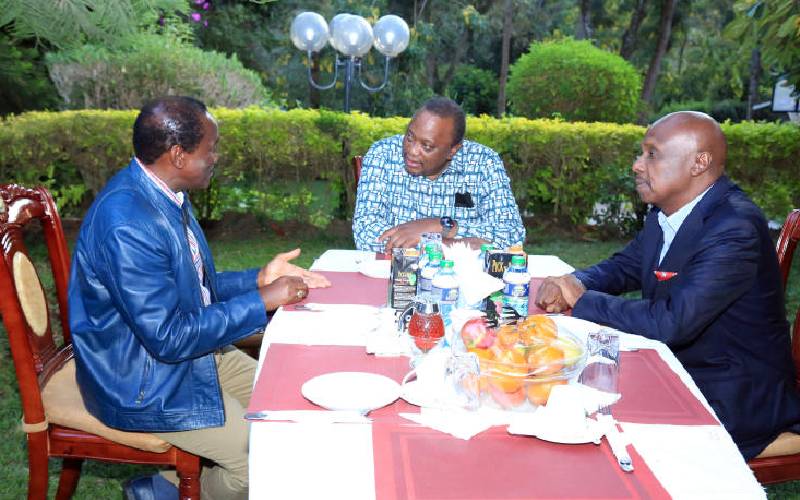