NAIROBI: The Opposition has alleged a plot to block its referendum push.

Coalition for Reforms and Democracy (CORD) leaders accused the Independent Electoral and Boundaries Commission (IEBC) of failing to respond to their inquiries about the status of verification of 1.6 million signatures submitted in support of the proposed plebiscite.

On the back of recent claims by Jubilee leaders that the signatures were fraudulent, Opposition leaders Raila Odinga and Kalonzo Musyoka yesterday warned IEBC against acting as an appendage of the Jubilee administration.

But in a response, IEBC said it was doing its work diligently and professionally.

Commission Secretary Ezra Chiloba said the commission would this week issue a statement on the matter.

CORD claimed that Jubilee was leading the chorus questioning whether the Opposition had attained the threshold of signatures for the bill, which is to be referred to county assemblies for consideration.

“We will not be surprised if the IEBC bends over again to confirm Jubilee’s prophecy that the Okoa Kenya Bill did not meet the threshold on signatures. We hope that will not be the case though,” said Kalonzo.

Raila said IEBC had continued to treat the issues raised in the bill as trivial, arguing that the commission had promised to conclude the verification in three months.

“The issues we have raised in the Okoa Kenya Bill are weighty and are of national concern and should not be treated trivially. IEBC must do the right thing,” he said.

Raila went on: “On the day we submitted the signatures, IEBC agreed to work and verify them within three months as stipulated by the Constitution. It is close to six months since we submitted those signatures. The IEBC is yet to get back to us.”

The ODM leader warned they were giving IEBC the last chance to prove its independence in execution of its mandate.

CORD, in its statement, questioned why some politicians in Jubilee were claiming that the Okoa Kenya signatures were fake, yet they had been submitted solely to the IEBC.

“What we have heard is Aden Duale and Johnson Sakaja speaking authoritatively on a matter being handled supposedly by a different and independent institution, the IEBC. To date, IEBC has not said a word on those claims by the Jubilee leaders,” said Kalonzo.

Last week, Duale led Jubilee leaders in demanding that the electoral commission publishes the 1.6 million signatures collected by CORD, saying they had credible information that they were fictitious.

“We have no problem with the referendum push. We want the exercise to be transparent. During the 2013 General Election, all political parties were given a copy of the voter register. This is what CORD used to come up with the one million plus signatures,” claimed Duale.

The Majority Leader then went on: “Kenyans have a right to confirm that the details are in order and that they did consent. This must be done before the bill is sent to the county assemblies for consideration and approval. This is a serious demand and we will be writing to IEBC officially on Monday to re-affirm the same.”

Yesterday, Kalonzo claimed: “The statements being made by Jubilee leaders clearly indicate that Jubilee and the IEBC is one and the same thing. We are looking at a pattern very similar to what IEBC did for and with Jubilee in 2013.”

The Opposition said that despite the lapse of the constitutional timeline of three months, IEBC had not honoured its February 16 pledge to complete the signature verification within 10 working days.

Yesterday, TNA chairman Sakaja reiterated their demands to IEBC adding “if there is nothing to hide, simply publish the names”.

“We reiterate and assert our position that the IEBC cannot purport to verify signatures without involving the public as the IEBC does not have a repository of sample/specimen signatures of voters.

He said CORD had once again tried to draw a nexus between the IEBC and Jubilee “in their now monotonous chorus that IEBC is Jubilee and Jubilee is IEBC”. 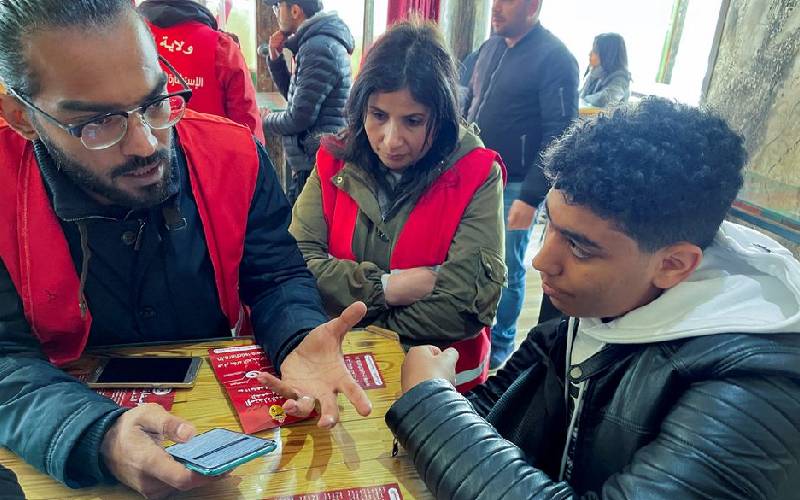 Tunisian questionnaire on constitution is met with a nationwide shrug
With two weeks to go before the survey is due to end, only 276,000 people have taken part in the country of 12 million.
Africa
By Reuters
3 months ago 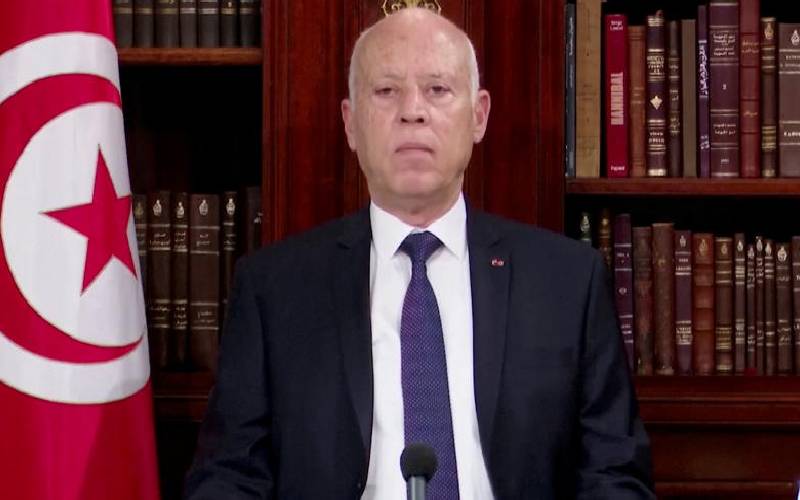 Envoy defends President Saied, terms reforms in Tunisia good for democracy
President Saied’s administration has allowed those against the reforms to organise street demonstrations and express their reservations
Africa
By Mireri Junior
4 months ago
.

Premium 49 per cent Kenyans believe Karua will attract more votes for Raila than Rigathi will for Ruto
Politics
By Patrick Vidija
1 hour ago
I'll cut taxes to ease pain of high cost, Mwaure says in manifesto
Politics
By Grace Ng'ang'a
1 hour ago
Martha Karua to Ruto: Azimo government will protect you
Politics
By Kennedy Gachuhi
1 hour ago
Premium I campaigned President Uhuru Kenyatta into office- DP Ruto
Politics
By Phares Mutembei
1 hour ago
Leaked Ruto audio has no consequence, Havi says
Politics
By Betty Njeru
2 hours ago
David Mwaure: I will lower cost of living if elected president
Politics
By David Njaaga
5 hours ago
.

By Kennedy Gachuhi 3 1 hour ago
Martha Karua to Ruto: Azimo government will protect you