A section of MPs allied to Orange Democratic Movement (ODM) wants the party to first hold internal elections before they can determine whether they need to merge the CORD partners or not.

They also want a section of leaders including religious ones to mediate between CORD principal Raila Odinga and President Uhuru Kenyatta for the sake of peace in the country.

Speaking during a fundraising for Nambale ACK church yesterday in Busia, Funyula MP Paul Otuoma differed with CORD partners calling for dialogue before ‘talks within ODM’ saying an election, to give the party a clear mandate, is lacking.

“There is a need for dialogue to discuss insecurity, Independent Electoral and Boundaries Commission, corruption among other issues. But first we need dialogue within ODM,” said Dr Otuoma. “We should have addressed aborted elections since they left some members dissatisfied.”

Busia Senator Amos Wako called for structures that can allow for peaceful dialogue saying it was better for church leaders and like-minded Kenyans to mediate between CORD and Jubilee for the sake of peace. 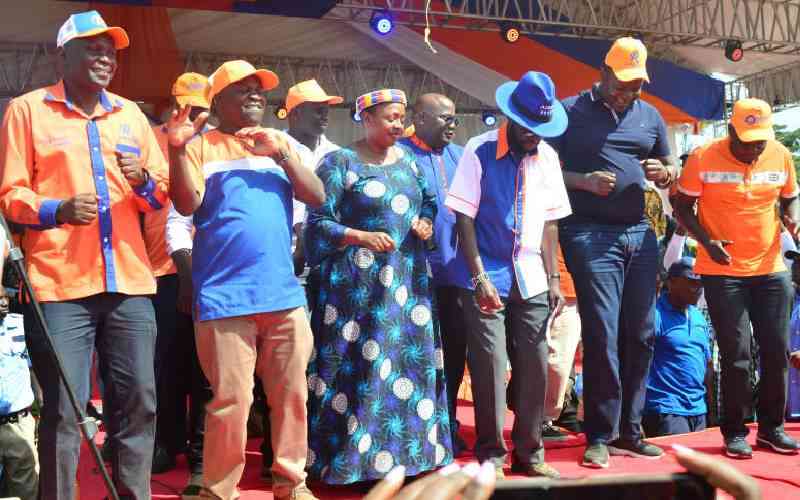 Inside ODM plan to ring-fence its strongholds as rivals boils over
Chairman Mbadi wants candidates to conduct joint campaigns to raise their chances. Party hopes to minimise damage amid resistance towards zoning and six-piece voting.
Politics
By Harold Odhiambo
7 days ago 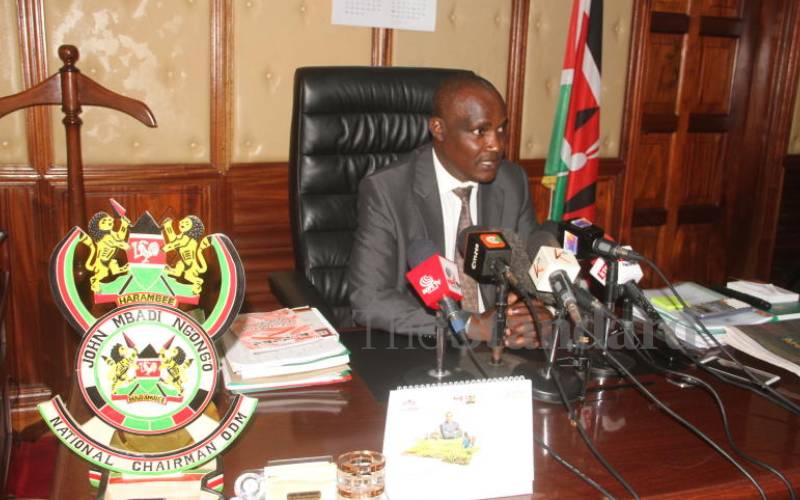 Mbadi: Leave ODM chair post for who? I am here to stay
The Suba South MP said he was misunderstood after telling ODM candidates the truth about their performance in campaigns.
Politics
By James Omoro
12 days ago
.

By Phares Mutembei 3 6 hours ago
Premium Uhuru Kenyatta says William Ruto failed in his duties as DP, allies fight back

By Brian Otieno 3 6 hours ago
Premium Don't cry, Bahati, that's just politics and you are not the lucky candidate

By Nathan Ochunge 3 15 hours ago
Premium Winnie Odinga: Why Martha Karua's nomination is a big win for women