MAKUENI; KENYA: Mutula Kilonzo Jnr appeared destined to win the Makueni senatorial by-elections, as he took a commanding lead in the vote count on Friday evening.

Kilonzo Jnr, a late entrant into the race, was poised to replace his late father,Mutula Kilonzo, who vacated the seat after his death in April, after he opened a strong lead of over 90 per cent of the vote counted from about a half of the 914 polling stations.

Victory was almost certain for Kilonzo, as he had secured 158,933 votes from 893 polling stations, with his closest challenger, Narc’s Philip Kaloki, a far distant second with only 9,247 votes from the same number of stations.

The early lead and a pointer to a landslide victory invited celebrations among Mutula Jnr’s supporters who had thronged the Makueni Technical Training Institute.

The jubilant supporters burst into songs and dance as they followed updates of results that were being transmitted electronically.

Mutula Junior, whose details were only pasted on the ballot paper on the eve of the elections following a court order, took the lead from the word go and only widened the margin with every relaying of the results.

With votes from a quarter of polling stations relayed, it was a one man’s race, with the only thing to be determined being the margin of the win and, though of little significance, who was to emerge second.

As celebrations continued, Cord allied MPs and Senators led by Minority Leader in the National Assembly Francis Nyenze and Deputy Minority Whip Janet Ong’era, walked in the tallying centre, exuding confidence that their candidate would carry the day.

“This is encouraging. It is a statement from the electorate of Makueni and they have spoken loudly to be heard by all Kenyans,” said Ms Ong’era of the imminent win. 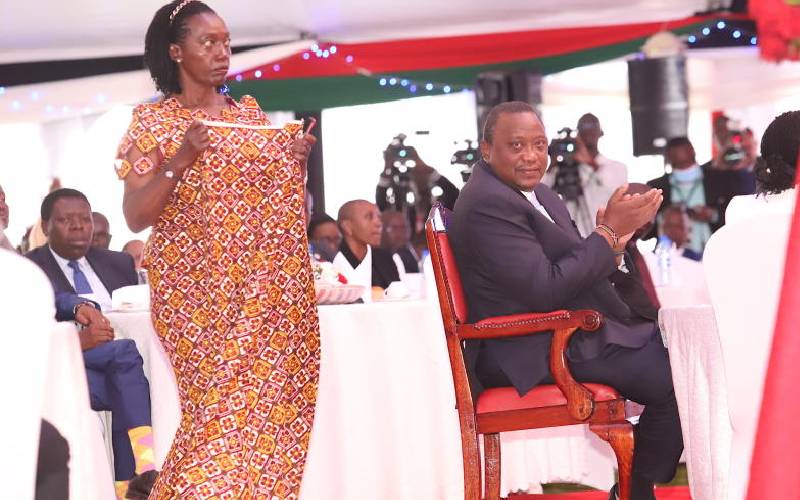 By Special Correspondent | 29 minutes ago

Win or lose: Will Uhuru Kenyatta, Martha Karua union hold this time around?

By Brian Otieno and Mike Kihaki | 6 hours ago

Cleophas Malala: Playwright out of his depth, and out of touch with police duties
;
Feedback