If you have closely scrutinised new Chief ICC Prosecutor Fatou Bensouda’s itinerary shows you she is not just a diplomat, but also a consumate courtroom operator and might be a glimpse into how she will handle anyone that lands in a dock at The Hague. She obviously knows how to work a room without causing anxiety. She has started with the media so that her message reaches ahead of her travelogue. She is slated to meet the President, prime minister, the Cabinet sub-committee on ICC matters, AG, DPP and Chief Justice Mutunga. And after her visit to the PEV hotbeds, she can now go back and confront the Persecution Complex of African states!

We seriously believe the government is the one that is poorer by not having an official mouthpiece since Alfred Mutua spotted greener grass in a nearby county. Just hear Police Spokesman Erick Kiraithe or his deputy Charles Owino speak and compare it to a fellow officer heard saying a “man died on the spot while undergoing treatment”. Really now? And you keep bemoaning how hard your job is!

Told you President kibaki can walk the talk and talk like hell when he so wishes. He is not just an economist on paper, and knows that if his development plans are to succeed, the money must come from some place. “Kulipa ushuru ni haki yako” (every responsible person must pay taxes). That is why the big man opened the Young Taxpayers Week yesterday and Taxman, the Treasury and now, many Town Clerks strongly feel absentee landlords should get a reminder to pay up or you hear the ugly sound of clickety-cluck, wrrrrrh! Clamp!

Is the Githunguri District Commissioner right to warn men that their tea bonus cash risks being pocketed by wily sex tourists? Perhaps then a DC’s job description should include reminding commuters that they should not carry wallets for fear of pickpockets in our beloved matatus.

Now that William Ruto is running helter-skelter nudging fellow aspirants for a deal, listening to “offers” and canvassing for a deal on Ballot 2013, why are some people furious about who he meets? remember the quip about permanent interests, not permanent enemies? It’s just business. Nothing personal.

Freed after eight days in ‘hell’

For eight days, Mary Wanjiru Kuria lived on water and prayer. She refused to eat any food her abductors provided.

By Phares Mutembei | 24 minutes ago 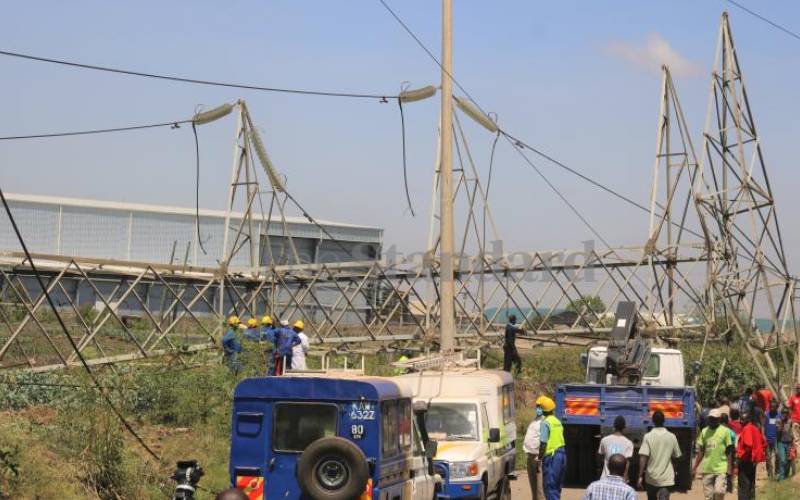 By Mike Nyagwoka | 42 minutes ago