Wafula Chebukati lucky to have another go, let him atone 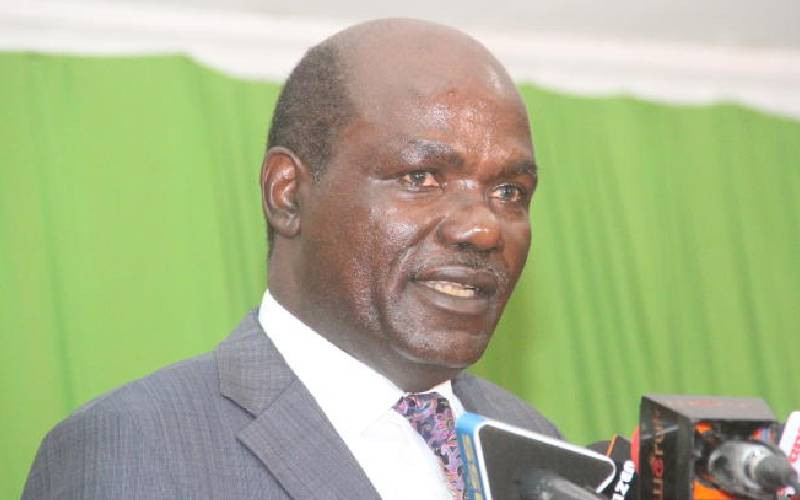 It should be baffling to all that one Wafula Chebukati is just about to oversee another General Election as chairman of the IEBC, despite bungling the previous one.

Mr Chebukati carries the heavy tag of being one of only two chairs of electoral commissions in Africa to oversee a presidential election later nullified by the courts. The other was in Malawi where the constitutional court nullified the election of Peter Mutharika.

Then chair of Malawi Electoral Commission Justice Jane Ansah could not withstand the pressure that followed the nullification. After several months of push and pull, she resigned. In Kenya, the 60 days provided by the Constitution for a repeat election may not have been enough and was thus understandable that Chebukati went on to conduct it. However, it cannot be lost that Nasa’s presidential candidate Raila Odinga pulled out because he could not trust IEBC to conduct fair elections.

That is why it is hard to fathom that for nearly four years, Raila seemed at ease with Chebukati as chair of IEBC even as he entertained thoughts of being in the ballot for the fifth time. Given the amount of pressure on IEBC in the 60 days preceding the repeat elections, it was highly expected that instigating changes at IEBC would have been his top agenda following the 2018 Handshake.

Sometime in August 2021, Homa Bay Woman Rep Gladys Wanga became the lone voice of discomfort of going into another election with the same chair who led a process nullified by the Supreme Court. However, looking at the series of complaints being raised by Azimio’s legal advisor Paul Mwangi, you get the feeling that Ms Wanga had foreseen how the trust factor would affect Chebukati’s credibility.

However, this is just not about Raila but Kenya as a whole. Kenyans, through their taxes have invested heavily in the elections. This year, the budget is around Sh45 billion. This is their chance to have a say in who leads them at various levels. They cannot afford to have that process bungled like it was in 2017.

The issues raised during the presidential petition before the Supreme Court were weighty and it is unfortunate that no one was personally held liable. Nearly over 11,000 polling stations did not transmit electronic results as expected accounting for close to 4.6 million voters. Several result declaration forms did not have security features. Some 595 polling stations had not transmitted any result at all by the time the election was called for President Uhuru Kenyatta. These issues were later subject of a memo by Chebukati to his then CEO Ezra Chiloba where he questioned how his credentials were used to access IEBC servers without his knowledge. Chebukati is lucky to have another chance.