By Edward Buri | 6mos ago 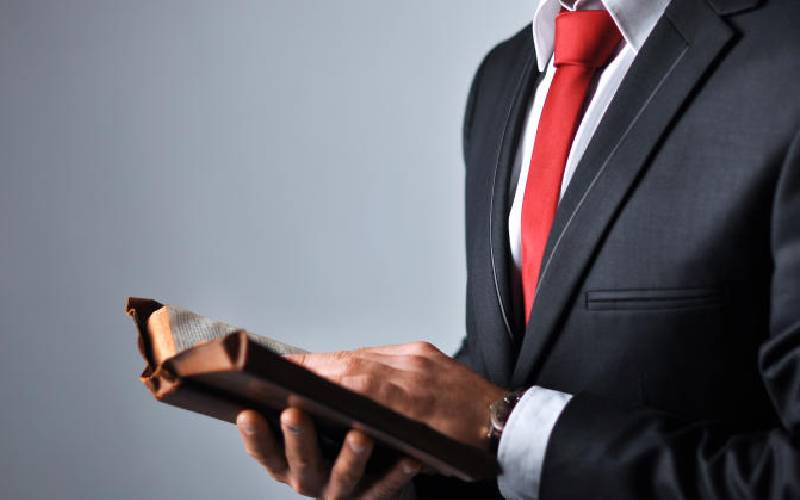 Nothing about the social background of Jesus pointed to the earthquake He would cause later in His life. Given that the major activity of His life is captured during His adulthood, His early life did not appear as an epicentre of any significant happening.

But as His public rallies began and masses gravitated towards Him–thronging His meetings and singing His praise–the authorities began to take notice.

It is likely that when the religious and political leaders called their rallies, they faced empty stadiums–and potential hostility from Wanjiku–because people preferred to attend the meetings of the carpenter’s son.

The influencers of the day were jealous and naturally strategised on how stop the son of Joseph before they lost their grip on the people. They felt the Nazarene did not deserve to possess the influence he was displaying. They had to strip him of this threatening popularity. They purposed to bring Him down–think assassination. They were of the view that if such abilities were to be with anyone, it had to be one of them. They perceived themselves as higher and wiser than Jesus.

The size of crowds the Nazarene was pulling was not something that anyone interested in political and religious power could pretend not to see. Ignoring His growing force would be playing out the foolishness of the legendary ostrich–burying its head in the sand on the misguided notion that since it cannot see the lion, then it cannot be seen.

Matthew records some ill-willed debates the religious leaders of the day had with, and about the Galilean. The purpose was to entangle and discredit Him. Jesus had provoked insecurities among the power brokers of the day. They were now planning a political assassination with a spiritual excuse.

The Sadducees–a group that belonged to a thinking opposed to the possibility of resurrection–asked Jesus a question about the woman of seven husbands: “In the resurrection, therefore, to which of the seven will she be wife? For they all had her.” This question was not motivated by a genuine desire to know. Rather, it was inspired by hatred, a passion to dismiss this man who made big claims with a Galilean accent. The question was a poisoned arrow meant to deflate this strange itinerant preacher. The cliché line in many detective movies was regularly flung at Jesus. “Tell us who you are working for!” There was a problem because His godfather was unknown as He was not crediting any of the ‘big fish’ of the day on His thank-you list.

The haters launched a strategy of defamation with the intention of publicly demonstrating that Jesus was not “all that.” Like Amalinze–the cat in Chinua Achebe’s classic Things Fall Apart–they wanted to wrestle this new teacher in town to the ground, literally. Clip his wings before his wishful flight. But, instead, Jesus’s response to their question laid their ignorance out in the open for all to see. They shrank away and withdrew to regroup.

Exit the Sadducees and in came the keepers of the law, the masters of the Torah–the Pharisees. These were the same ones who had posed the question about whether it was right to pay taxes to Caesar. They returned to Jesus with another handcuff-slinging question.

Here, again, like their Sadducee cousins, the purpose is not genuine curiosity but malicious nosiness. They nominate a lawyer to pose their test question–a master in the art of laying traps for shaky, timid and inconsistent witnesses. This lawyer motions towards Jesus and addresses him, “Teacher, which is the great commandment in the law?”

Interestingly, though discerning that He had before Him a batch of learned tricksters, He does not respond with their shrewdness as He had done elsewhere. His genuine response to a query dripping with malice suggests that this big-commandment question was very important. Jesus took the platform to therefore put forward a teaching He believed was important to his community. It is like that falsely-accused individual who given the chance by the judge to defend himself takes the chance to not only speak to the judge but speak to the nation.

In naming the greatest commandment as love, Jesus sharply reminds these “masters and keepers of the law” of what they have absconded. In rejecting hate and its attachments, Jesus was pointing the people then–and us–to the preferred path. Humankind needs to invest in building a path devoid of destructive conflict, paved with peace and therefore dominated by reconciliatory attitudes. There is wisdom in deserting hatred. There is wisdom in perfecting love. Love is the more excellent way. Perfecting life is perfecting love. Love is a living virtue. Potential love is not yet love for apart from action, love cannot exist.

Our nation has a Constitution that names the country as “under God”. This acknowledgement means nothing if it remains in statement form. To be valid, it has to be actively visible in the spirit by which our leaders rule and guide. A nation that is truly under God must promote what can be called a neighbour-oriented economy whose systems are committed to, and quick to empower the lowly; systems that dare to stand against the spirit that enriches some by impoverishing others. Love is the signature of true living; love is the signature of the abundant community.

By Deogratius Magero 7 hrs ago
Shortage of food and water is hurting girls, women's future

By Editorial 7 hrs ago
Claiming election victory prematurely is dangerous

By Bishop Joseph Obanyi Sagwe 1 day ago
Polls are over, losers and winners must now unite