When those aged 80 or more say life was better in their day, we are obliged to take their word for it. We were not there.

But you know how oral history played out in these parts. After the harvest, a band of rich, old men would gather over a fire to thank the gods. In no time, bellies fortified with starch and bitter herbs, tongues loosened by millet brew, they would start manufacturing fake news, which they would diligently season with salt each harvest season and spread with the speed a politician’s nudes does the rounds in WhatsApp groups. Did I hear you suggest that their wives ran Broadcasting House for propagating the fake news? Shame on you for that cheap, sexist shot.

What is not in doubt is that the oldies passed one lie after another to the next generation. Haven’t you wondered how all African tribes seem to have descended from a smoky mountain? Or how there were no murders, rapes, paedophiles and conmen? Or that the potbellied tribal chief dripped of integrity and never took bribes? Roll your eyes.

These old-timers, who never saw a crisis they couldn’t cleanse with a dead goat, would, for instance, have us believe that divorce was largely non-existent in their time because – roll your eyes again – they were smarter than we are. Apparently, they didn’t hitch up the first stranger they bumped into in Nairobi like us foolish children. No! They conducted due diligence: medical records, historical injustices, certificate of good conduct, and ability for shamba work… everything was sniffed into. It may sound like a good thing, except that this was a fat social apartheid jigger. If you were a thief, night runner, lazy, drunken and so forth, the chances of you nailing a decent spouse were zero. And if your misfortune was to be born down in the dregs, you were permanently shackled to the sins of your forefathers because there was absolutely no way you would know someone who knew someone who knew a decent boy or girl.

That, by the way, is why these same wazee who need the Covid-19 vaccine the way a newborn baby needs titi la mama haven’t had their wrinkled shoulder muscles jabbed with the virus killing witchcraft. Instead, they are soaking the sun outside their houses, Bible clutched in trembling hands, as younglings who are barely 20 broadcast their post-vaccine photographs on social media. You know why? They believe, which may or may not be the case, that if you don’t know someone who knows someone, no way are you getting this life-saving juice.

They created it, this mess. Our colonial masters stole our land, alright, but they left behind a pretty solid civil service, which these oldies, whom we love dearly and reward with cheap blankets every Christmas, quickly screwed up. Puffed up with the power that came with clerical work post-independence, you had to either know someone who knew them to get their attention or you bought their attention with a dirty five bob note.

The same obtains when you are chasing his terminal dues, when you need a bursary for his orphaned children and when trying to squeeze your brilliant granddaughter, who missed the cut by one mark, into her dream school. You just don’t arrive your old bones at the principal’s office. You have got to know someone…

Kenya's heritage house that hold artifacts from all over Africa 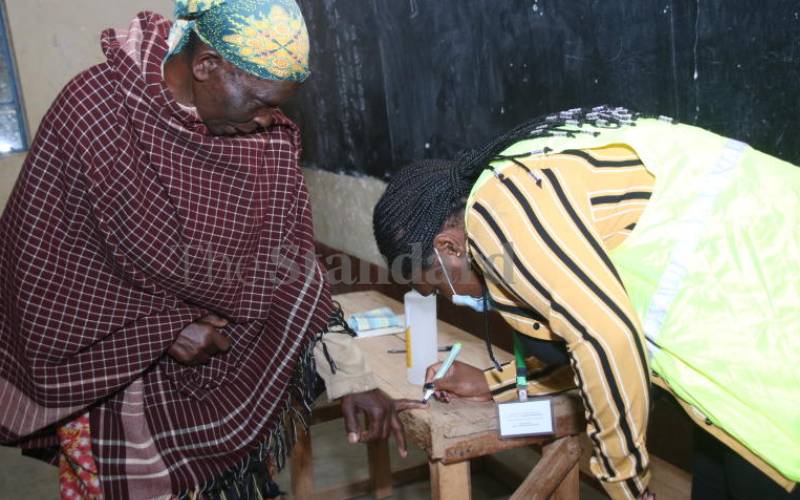