What should be done to stem tide of migration 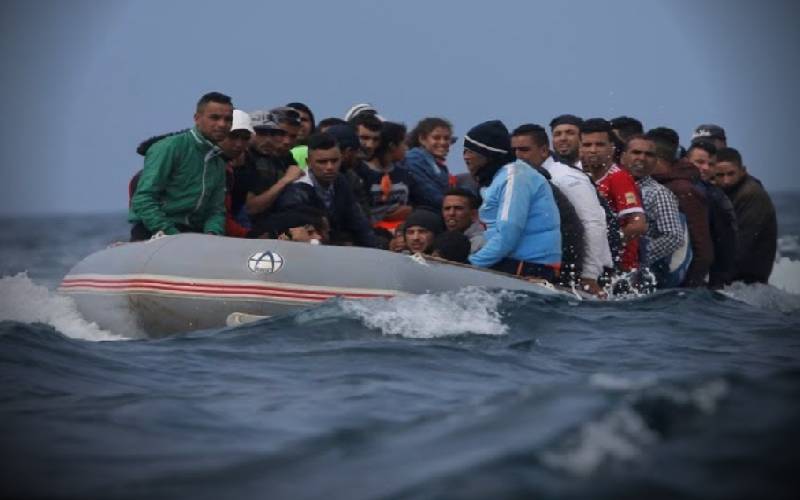 It's true that self-rule in Africa has been nothing short of disastrous. The level of incompetence in African leadership probably hasn't been seen in the world since the reign of King Henry the VI in 15th and 16th century England.

It's also true that this failure of leadership has been the catalyst for one of the most tragic events of mass migration in the world. The sheer number of people risking everything to embark on the arduous journey to the ‘promised lands’ in Europe has been nothing short of surreal and mind-boggling.

Hundreds have perished in the perilous journey. Some in the sea, some in the deadly Sahara Desert and some in the hands of smugglers. Modern slave trade has even emerged in Libya where the migrants are traded as though they are commodities. It seems that the more things change, the more they remain the same.

But while the EU countries have been pointing an accusing finger at each other and at the countries of origin, who really is to blame for the migrant disaster that continues to claim lives?

African leaders are, to some extent, to blame for running down their countries with corruption, greed, nepotism and dictatorship. These perpetuated vices have led to the economic collapse of their countries leading their people to risk their lives in pursuit of a perceived better life in Europe.

Europe is also partly to blame since the lingering effects of brutal colonialism still plays a huge part in fanning the flames of mass migration today. I have always been of the opinion that the imperialists left too soon and there was no time dedicated to an orderly transition of power. Africans were also rarely involved in the higher echelons of the colonial regimes which meant they were inexperienced and ineffective when they took up the reigns.

However, like Europe, Africans have existed for thousands of years but there has rarely ever been a mass migration to Europe until now, yet it has been documented that ancient Europeans interacted and even traded with Africans back in the days. In fact, there is evidence of trade between the ancient Roman Empire and modern-day countries of Ethiopia and Somalia.

In my opinion, the issue of migration is first and foremost the responsibility of European governments since their ancestors set the groundwork for the current carnage. It is the responsibility of Africans second for upholding the status quo, rather than being quick to adapt and emulate the rest of the world in matters growth, democracy and unity.

Europeans tend to act as though they are victims of the scourge of mass migration they have nothing to do with and want nothing to do with. Africans forever play the victim by pulling the colonialism, racism and slavery card at every juncture, rather than rising to the occasion and finding their own solutions since they understand their woes best.

The only way the migrant question can be answered is via concerted effort vis-a-vis stemming the flow permanently. The efforts by the EU to pay the Libyan coast guard to repel the migrants at sea is dangerous and counterproductive. Libya is one of the most dangerous places for migrants to be caught up in. Slave traders, smugglers and militias thrive there due to the country's political instability.

The silence and lack of political will on the part of African leaders to address the crisis doesn't help either. It's as though they expect the problem will simply vanish into thin air. Emaciated Africans landing on the shores of Europe begging to be taken in is perhaps one of the reasons why we are looked down upon everywhere in the world. What have we to offer the rest of the world other than an outstretched hand begging for handouts?

Stemming the flow isn't rocket science. Africans have to first commit to electing proper leadership in their countries. To commit to eradicating tribalism which greatly influences election outcomes which will also lay the groundwork for the elimination of grand corruption—a major hindrance to growth. Running away when things get thick is not only a cowardly act, it's a message to the world stating that your country is beyond redemption when, in fact, nothing could be further from the truth.

At the zenith of the 18th century, the French never packed their belongings and fled across the channel into Britain or other European countries when their country was on the verge of complete and total collapse under a thoroughly indifferent monarchy. They took back their country and established one of the very first truly democratic republics in the world in what came to be known as the French revolution. The King and Queen were promptly beheaded in what was perhaps the first such incident to ever occur in Europe. Prior to the revolution, everyone had been under the hideously deluded impression that the monarchy was untouchable.

The fact that top brass also bled red blood confounded many at the time and served as a major eye-opener. While guillotining leaders would be frowned upon today, would it not be more honourable to attempt to replicate and even improve upon the ideals we see in Europe here at home through the means provided for in our constitutions?

The fact is that Europe doesn't want any more migrants but they can't tell you that. It's all about political correctness and a dash of right and left-wing politics. We cannot all flee to Europe so it's about time our leaders stop wandering in the smog of their own self-importance and address the plight of their own people.

You need time, money and effort to create that brand.

By Leonard Kareko | 5 hours ago

How STEM will transform our building sector

By Kathleen Openda | 1 day ago

Former CJ should hold his peace if he doesn't plan to vote
;
Feedback