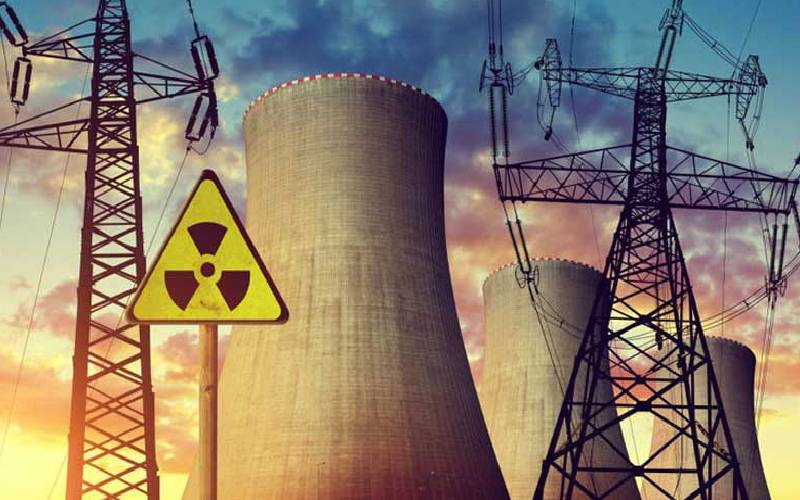 In 2011, United Nations Secretary-General Ban Ki-moon launched the Sustainable Energy For All initiative. The goal was to mobilise all stakeholders to take action towards ensuring universal access to modern energy services within the UN 2030 time-frame.

According to the recent Multi-Tier Framework Energy Access Survey Report, total access stands at 75 per cent both from grid and off-grid solutions. Providing access to affordable, clean and sustainable electricity is important to help stimulate development, prosperity and wellbeing. Experience and studies indicate that decentralised electricity systems such as solar and wind energy can increase access to electricity in Kenya and contribute to ending energy poverty.

Considering the abundance of solar, geothermal and wind energy resources in Kenya, these renewable technologies can expand energy access for Kenyans at an affordable cost. Recently, the cost of installing and operating renewable energy facilities such as solar and wind has reduced significantly. The Kenyan government has stated that it is determined to attain universal energy access as stipulated by the UN initiative. This commitment is achievable by investing in the abundant renewable energy resources that Kenya has, particularly given how technological advancements have made renewable energy a low-cost option.

Despite the clear advantages of renewable energy in the Kenyan context, the government has announced plans not only to pursue a coal-fired power station in Lamu but also to invest in nuclear power. Nuclear power supply does not address the need for affordable, clean and secure electricity access by Kenyans. Globally, the cost of nuclear energy supply has proven to be an unbearable burden for governments and taxpayers, given the exponential costs of building nuclear power stations.

The Kenyan plan will not be any cheaper. Investing in costly nuclear technology when cheaper options clearly exist means that this would hinder Kenya’s ability to achieve universal energy access for all Kenyans by 2030. The reality is that nuclear is costly and Kenyans will end up paying the price for any new nuclear power station through rapidly escalating electricity prices.

Apart from the excessive costs of nuclear power, nuclear is never safe since it is always vulnerable to the twin risks of human error and technology breakdown. A major accident could cost trillions of shillings and put people’s lives in serious danger. For instance, Japan’s 2011 Fukushima accident is estimated to have cost Sh83 trillion and this cost was shouldered by the citizens instead of Tokyo Electric Power Company taking full responsibility for the accident. The Fukushima nuclear disaster led to the evacuation of nearly 150,000 people within the Fukushima prefecture.

There are no long-term solutions for nuclear waste, which means that the Kenyan government would have to arrange for the storage of highly radioactive nuclear waste both on-site at the nuclear reactor and at a nuclear storage facility. In addition, the cost of decommissioning a nuclear power station, particularly radioactive waste management, is very high. This makes nuclear power generation too costly.

Today, energy security is among the biggest concerns for any country. Kenya has huge geothermal, solar and wind potentials that guarantee its energy security and sovereignty. For instance, uranium, a key resource in nuclear power generation, is not available in Kenya and will have to be imported at significant costs.

Moving away from environmentally harmful fossil fuels such as coal and expensive energy sources such as nuclear energy to renewables is necessary for Kenya to achieve universal energy access. This is especially true for the populations in sparse and rural areas that are not connected to the national grid. Currently, highly centralised energy systems build mega energy projects that often benefit a few urban populations and bypass many Kenyans who live in rural areas. These centralised energy systems are often inefficient and lead to costly electricity due to operational costs.

Kenyan authorities need to prioritise the long-term interests of the majority of Kenyans; access to clean, secure, affordable electricity. Access to clean, affordable and secure energy will not come from investing in mega energy projects and technologies such as nuclear and coal.

Investments in nuclear power will also fail to create jobs in since the limited jobs created will be for highly specialised professionals, requiring very specific qualifications that are unlikely to be found in Kenya. Kenya needs to scale up its existing renewable energy projects in geothermal, wind and solar to benefit all Kenyans.

Kenya was the first African country to build geothermal plants. Kenya is celebrated as one of the leading countries in the world with an energy mix of at least 85 per cent from renewable sources especially from geothermal. Geothermal power is very cost-effective and Kenya has a huge potential in this area. Kenya also has the largest wind power project in Africa.

With several notable renewable energy projects having come online such as the Garissa solar project, Kenya has the potential to lead the world in a transition to 100 per cent renewable, secure and affordable energy access for all by 2030. Kenya can easily leapfrog dirty and dangerous electricity sources, it must simply prioritise renewable energy, and avoid dead-end coal and nuclear.

Development and deployment of renewable energy sources that are secure, affordable and clean offer numerous opportunities for local communities, deliver energy services to the rural communities and positively impact the economy. The government needs to seize the available opportunities to benefit all Kenyans. And forget about coal and nuclear.