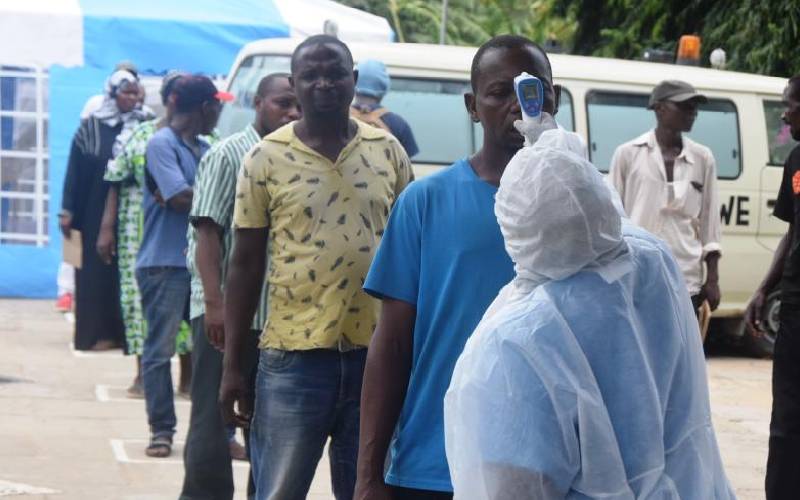 In a recent opinion piece in the New York Times, Nicholas Kristof wrote; “the odd thing about reporting on the coronavirus is that the non experts are supremely confident in their predictions, while epidemiologists keep telling me that they don’t really know much at all".

“This is a novel virus, new to humanity, and nobody knows what will happen,” said Anne Rimoin, a professor of epidemiology at UCLA. Some of that epidemiological humility should seep into public discourse.

When this virus broke out, we were all in uncharted territory. We didn’t know what to do. There was no manual. There were only two methods of dealing with it. For simplicity, we call them the Chinese or Swedish models.

The Chinese shut down entire cities, closing all avenues in and out of the cities and imposed strict curfews. All businesses were closed except hospitals. Strict social distancing, sanitation and forced use of masks were imposed.

People were subjected to forced testing. If proved positive, immediate quarantine followed by total tracing of everyone you had come into contact with. Somehow the Chinese managed to control the spread and within a few months, China has come to a new normal. The method seems to have worked.

The Swedish model was dramatically different. The Swedes chose to keep their economy and schools open, no curfew or quarantine. Impose strict social distancing, sanitise, wear masks and go about your business as normal. They focused on protecting the elderly and other vulnerable groups.

In a nation of 10 million, about 30,000 people were infected and about 3,000 of these died. The Swedes were hoping for 'herd immunity' or the idea that when enough people contract the disease, the rest of the herd will develop group immunity. It seems to have worked in Sweden.

The hazards of inaction were evident everywhere. Iran woke up to the seriousness of this disease when it started using bulldozers to bury the dead in mass graves. Then Italy, Britain and the United States followed. Following what happened in these countries, the Swedish model seemed the height of irresponsibility.

In Tanzania, President John Magufuli seemed either in denial or equally irresponsible. In the absence of any statistics, the success or failure of Tanzania’s experiment will have to wait.

When Swedish numbers are compared to neighbours like Denmark and Belgium who had imposed shut downs and curfews, there is not much difference in numbers of infections. Perhaps Sweden was right after all.

We chose the Chinese model. We accepted the closing of our public places, restaurants, hotels, airlines, railways and basically shut down the economy. The Chinese model worked in China because of the absolute implementation of the law.

However, in Kenya it is impossible to impose social distancing in some neighbourhoods. Second, a total shutdown would necessitate feeding of millions. We cannot even supply running water to 60 per cent of our people, which means a total shutdown was out of question.

Corona offered us stark choices: Close down the country, destroy the economy and lose millions of jobs, or stay open and risk the Iranian situation.

The challenge of leadership was to find the balance between keeping people safe and maintaining the economy. But when the facts change, or actions we have taken are no longer supported by scientific evidence, we have to reassess our strategy.

Look at the example of the lockdown imposed on Old Town, Mombasa and Eastleigh in Nairobi. Old Town was locked down as it was declared a “hotbed of corona”. Had this been true, then the lockdown should have led to a serious spike in numbers in Old Town.

This did not happen, therefore, it could be assumed the infections came from outside Old Town. Second, it costs exactly Sh100 in bribe to enter and exit Old Town, so there is no lockdown.

WHO has downgraded corona from pandemic to epidemic. This means that corona is a lifestyle disease that we will have to live with. It’s not going away. Kenyans must now learn to live with the new reality of social distancing, sanitisation and face masks.

The challenge now is to revive our economy and put people to work again. The new stimulus package to revive the economy is critical and a step in the right direction

A foreign diplomat in Burundi, speaking anonymously, expressed strong doubts about the official result but said it was not surprising.

By Abdilatif Maalim Adan | 10 hours ago