Sitting on my bed and looking through the window, hearing birds chirping, seeing animals scuttle wildly across the streets, it is hard to imagine that New York, the city that never sleeps, is so quiet. You may think you are on a vacation in one of the Caribbean Islands until you switch on your TV and you are met with a very scary picture on the screen representing the now infamous Covid-19 or as many prefer to call it, coronavirus. But how did the richest city/country in the world get here and how are the African immigrants coping with the situation?

The warnings about the virus in January and February of this year was not enough to change the behavior of Americans because of the conflicting information from the government depending on what you trust as a source of information. While the health experts warned of an impending pandemic, politicians were still holding public events and shaking hands with some even claiming that it’s like the annual flu, “It will disappear in April when warm weather starts” This however changed when Senator Paul Ryan and Hollywood actor Idris Elba tested positive to the virus and had to go on quarantine. Then came a reality check: Flights from China to the US were cancelled, and later on from Europe, schools and colleges closed, all non-essential businesses were ordered shutdown, all political campaigns were suspended and Wall Street Bull Run stopped. The mighty America is shut, and Americans are in shock! The historic fights for toilet paper in the stores and supermarkets began in earnest, survival instincts kicked in.

Now I find myself confined in a place where time has been suspended. Practically everything is closed apart from the hospitals, pharmacies; grocery stores and surprisingly, liquor stores (please don’t ask me why). Every tiny sign of life has disappeared. Public parks and halls are populated with temporary hospitals and feeding centers. The streets are very empty; every New Yorker is at home unless you want to pay a fine of $1,000 for not respecting the “Shelter in place” orders by the Mayor and the Governor.

As the virus continues to ravage the city, other underlying issues come to the surface. There are clear disparities in coronavirus infections, hospitalization and death rates. The black people are heavily impacted more than other communities, sometimes as much as 70 percent of the deaths like in Chicago and New Orleans. This stems from a history of discrimination spanning hundreds of years.

According to the New York City website, www1.nyc.gov, African immigrants make about 4.2 per cent of the New York city population, the bulk of which are West Africans.

Most Africans from francophone countries are attracted to New York due to access to resources like English language classes. The few Kenyans in New York either work at the UN, Kenyan UN Mission or are students in different colleges here in the city. I came to New York five years ago as a graduate student at Columbia University but am now involved in Safari Yangu, an organization that advocates for black immigrants in New York and Amnesty International, which is an international human rights organization.

Despite the small number of Africans in New York, our community has been impacted heavily. Anecdotal count put the number of deaths among African immigrants at more than 100. Five members of one mosque in Harlem lost eleven members, while a church in the Bronx had nine of its members dead within three weeks. Two Kenyans have died in New York and according to the Embassy; Kenya has lost five of her citizens in the US. Personally, I lost my Ghanaian next-door neighbour last month and a few days ago, a good friend of mine, a Kenyan, did not wake up from his ventilator. His family needs all the support but it hurts that I cannot visit his home and embrace his family and children. Our cultural practices and beliefs, especially in respect to the dead, are on extreme test.  I have never been closer to my God, praying many times a day. Young, healthy, and wealthy are dying alike. It’s a scary moment.

There is no worrisome moment than when I have to leave my apartment to meet some of my clients who need my help on how they can access the different financial and material resources given by the City, State and Federal government. They are either not tech savvy or they simply do not understand the instructions on the website. Many of them worried and scared.

Stepping out onto the streets in the Bronx yesterday was like venturing into the ruins of a war zone. You are armed to the teeth. Boots, trousers, shirt, jacket, cap, gloves, and a mask. Walking stealthily along those quiet streets and then catching a subway train heading downtown to Manhattan. The transit acrobats playing loud music and panhandlers are unusually absent. At 125th street station In Harlem, my destination, the guy who is usually at the station with a sign, “I need money for weed” is nowhere, and the Egyptian man who normally sells food from his truck is absent. Whole Foods Market is open but the line is almost 3 football pitches long. It is extremely lonely as we stand 6 feet apart, deeply suspicious of one another. We have all been advised by health experts to act as if we are already infected.

Salima Diawara and Hawatu Baa from Guinea had been waiting for me for almost an hour outside our office. These are street vendors who only depended on their daily sales to buy food, pay rent and other bills, so applying for any type of available resources is an urgent matter. According to the New York African Business Council, it's estimated, there are more than 1000 African street vendors in the city selling different products from Africa like jewelry, masks, carvings and clothing. Nothing motivates me to get out of the bed everyday like serving my fellow immigrants. My team handles several phone calls each day from immigrants like Salima, especially during this ongoing pandemic.

Another quiet trip back home in the Bronx is interrupted by noise from the concrete jungle of  tall apartment buildings of people hitting drums, windows, cooking pots (sufurias). It triggers nostalgic memories of the belief surrounding “nyawawa” among the Luo of Nyanza, when you have to beat different objects to scare away the water spirits from Lake Victoria, in Kisumu. This daily ritual started in New York since the onset of the pandemic to thank the health care workers who risk their lives to take care of those infected by the virus.

Health professionals and other essential workers are true heroes. Many frontline workers share heart wrenching stories of doctors and nurses who had to work with limited PPE and how most of them got  infected and a few lost their lives while serving their patients. Freda Ocran, originally from Ghana, who was Head of Jacobi Medical Center Psychiatric Unit died just a few days after expressing her concerns about challenges in testing of her staff and patients at her hospital.. It is impossible to describe what the doctors are going through. The lack of intensive-care beds forces them to make impossible decisions: who can be helped and who is too old, or too weak, to even try to save. This can really destroy your resistance as a human being. Dr. Stephen Otieno Owuor, an interventional cardiologist based in Illinois,USA who has also practiced in Kenya, is concerned about the chronic and severe shortage of ICU beds and the major challenge of few experienced and trained personnel in the area of critical care in Kenya. He explains, “With Covid-19, Kenya has an excellent opportunity to begin addressing the profound inadequacies in the healthcare system”

Kenya should learn from the places that we hard hit like Italy and New York. We have learned that this is not just another flu; it’s a terrible new virus that is challenging the entire planet. And there’s no miracle recipe except for a profound respect for the advice of scientists, the need for a sense of community and a health-care system able to detect the next moves of the virus.

In 2019 the laboratory was awarded an ISO certificate by Kenya Accreditation Services. 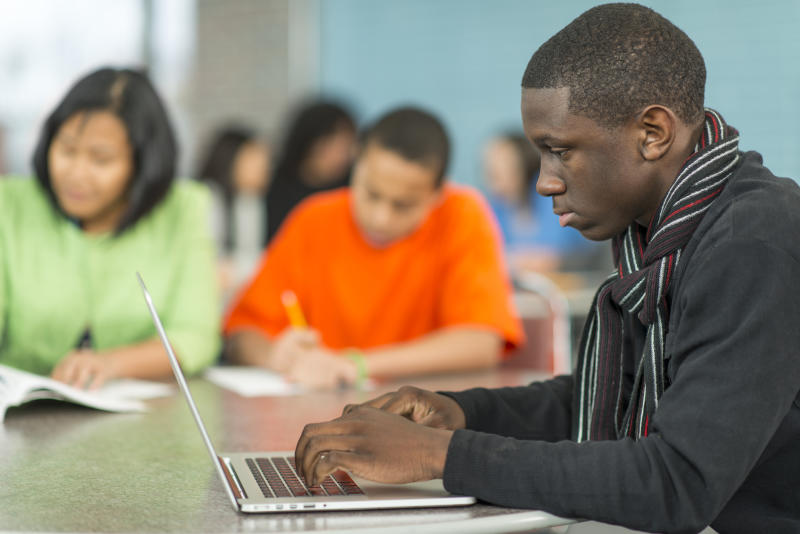