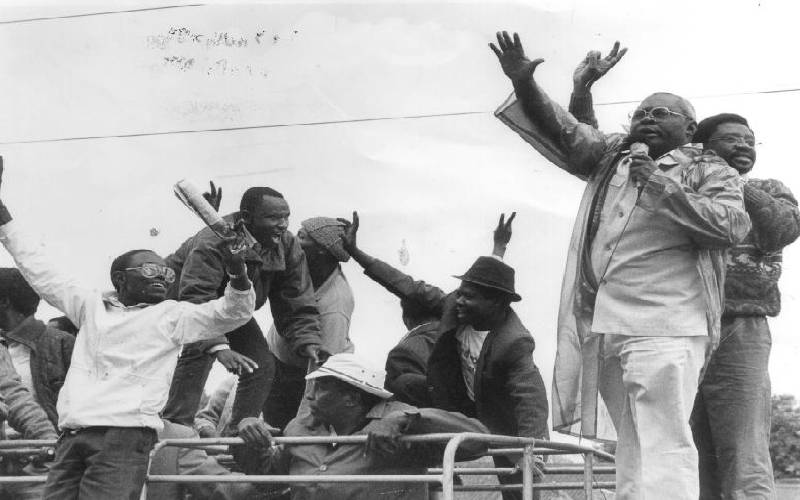 I have a friend who was once arrested for attacking her abusive husband. She had never been in a cell before, and from what she said, all the stories we hear about police custody don’t come close to describing just how dirty and disempowering they are.

The entire experience is designed to humiliate, from the heavy presence of male officers, to the lack of agency, the close quarters, and the unspeakable filth. You leave your dignity at the door, along with your belt and that one shoe. She said that once she was inside the actual cell, even her humanity began to seep out of her.

The floor was wet and sticky and she was never quite sure what she was standing on. Upon entry, she found a woman lying down in the muck. The woman said she’s been in for three days. She was on her period without pads or tampons, and hadn’t had access to any sanitary device for 72 hours. That’s when my friend knew that she was probably standing in menstrual blood.

She was pretty sure about the blood, but there was also an overflowing toilet in the tiny room, and it was impossible to tell whether her bare foot was stepping in water, urine, or some other kind of effluent. At this point she says, she had already decided to burn her entire outfit -- shoes and all.

The tiny room had tall walls, and right at the top of one wall was a rectangular window, providing just a sliver of light. Other than that, the room was dark, damp, and depressing. It reeked of waste, and the dark air of oppression and degradation hung heavy like a rain cloud.

After a few hours spent rethinking all her life choices, a guard knocked on the door and ordered her out. She says she had never felt as much relief as she did in that moment.

As she passed by the men’s cell on her way to the main desk, she found that the door was slightly ajar. Inside, there was a throng of young men crammed into a room that was not much bigger than a cubicle. Looking at them she felt lucky to have been just one of three females in the cell next door. Seeing that she had looked through the door, the officer threw his hand carelessly in their direction and said, ‘Hao wamezoea’.

Walking out of the precinct, she couldn’t get those words out of her mind, and how easily the officer had said them, as if it was okay to treat human beings like animals because they were ‘used to it’. She thought about the woman she had left lying in a pool of her own blood. The other one who stood on one foot for hours to avoid stepping on the soiled floor. And she wondered how anyone could get used to any of it.

But if we’re honest, her experience was not that bad, especially when compared to folks like the second-liberation heroes who spent years in detention fighting for democracy under extremely torturous conditions. Compared to that, a few hours spent in a wet cell with two other women could almost be described as tame. And yet it’s one of the things that my friend will forever remember. In fact, for a few weeks after the arrest, men in uniform made her nervous.

Which begs the question: How are some of these ‘heroes’ walking around without any obvious signs of post-traumatic stress, when many of them spent years being tortured in police cells? How do they embrace the instruments of a state that would have been their oppressor in those days of struggle? How do they reconcile the ideals for which they fought with the blatant greed, opportunism, and political expediency of present-day politics? Or is it payback time for the sacrifices they made?

To be honest, I don’t care what the answers to these questions are. Like every other ordinary Kenyan, I’ve got my own traumas to deal with. But I am curious. And it also occurs to me in the pursuit of power there are no values, no lofty ideals, no hard and fast rules of what is right and what is wrong.

There is only a ruthless ambition that is often cleverly disguised as a passion for justice and a heart for change. Because truly, very few human beings can lay down the best days of their lives for their country. At the end of the day, men only attempt to depose kings, to become kings. It is the throne at stake, and nothing else.

Ms Masiga is peace and security editor, The Conversation

LEST WE FORGET: Genocide looms in Burundi amid greed for power

LEST WE FORGET: Genocide looms in Burundi amid greed for power

We took so long debating the Lamu port that our potential partners Ethiopia made peace with Eritrea, and so has South Sudan

By Martha Koome | 19 hours ago

By Demas Kiprono | 20 hours ago