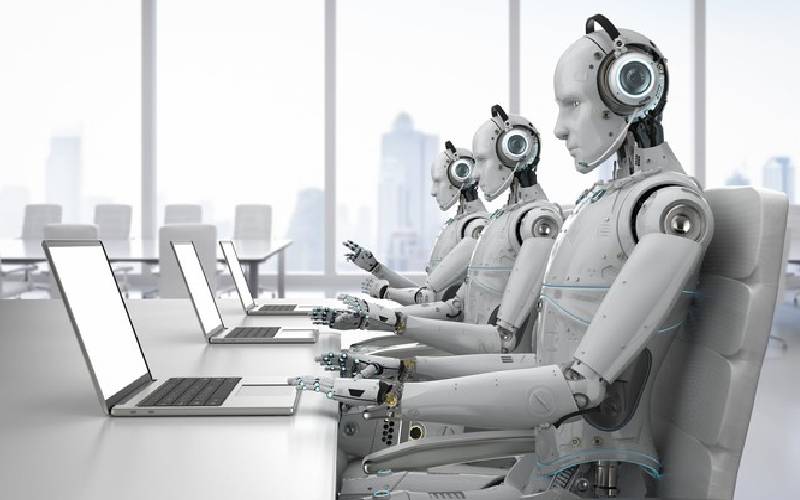 Thanks to automation and robotics, trusting fellow human beings will be a thing of the past. Whether this is the direction we should take as human beings is subject to interpretation.

Seemingly, one of the reasons automations are better off in dispensing manual work that human beings do is that people are not easy to trust. Banks, for example, are laying off staff because machines can do most of the teller work with more trust than humans.

Unlike human beings, machines and robots are prompt, they do not complain, they do report late to work, they have no sick leave, they make no claims to bonuses and, after all, they do not require close supervision.

Let us put this differently. Why bother employing people who bring with them a list of claims, demands, inconveniences to your personal life as an employer? Why not use automation services instead of hiring people who will gossip through and through about your private affairs, personal development agenda?

The answer to these questions points to the fact that human beings are just difficult to trust. Instead of focusing on their work, and relating with each other as professionals, they go beyond their job descriptions to dig into each other.

On a bad day, human beings will swindle an organisation, work to bring it down, fix the management with legal cases or happily walk out of the job at a critical time so that the organisation collapses.

Besides, unlike automated machines and robots, individuals can do shoddy jobs if only to feed their greedy desires.

Why don’t Kenyans construct our own roads since we have many graduates from local university engineering programmes? The answer is simple.

Some of the fellows who constructed roads and houses in the 1980s and the 1990s were so self-seeking that instead of doing a good job to build the future of young generations, they ate up big chunks of the tender money. Consequently, their constructions were so substandard.

Based on such experiences, we know that if we want our constructions to be completed on time, we are better off hiring foreigners. In other words, we don’t trust our own.

Well, automation and robotics are here to wipe our tears and give us peace from each other. Yes, machines make work easier, but behind that rationale, there is also the stronger belief that machines are less problematic. In fact, thanks to robots, difficult employers can now hire “workers” they can fix as they want.

Let us explore this technology development a bit more in detail. Do we trust machines and robots more than humans? I am afraid the answer is, by and large, yes.

Modern technology has capacity to do house chores. It has been programmed to plough, weed, harvest and store farm produce with more trust than employing fellow beings.

Even closer to human relationships, robots are now almost fully running day care centres, replace partners in the house and in fact offer better security services in many ways than a fellow human being.

So far so good. The problems with automation and robotics revolve around our own sense of humanness. Have we betrayed ourselves as relational beings to a point that we rather work with machines? Yes, profits have to be made, but must they be made at the expense of other people’s lives?

Then there is the bigger problem of ethics in the production of some of these automation and robots.

Countries with less population growth, rather than naturalising migrants to cover the workforce deficit, have intensified production of automation and robotic services as an alternative.

Would it be better to trust the machines because of the chain of demands a human being will bring along or take a fellow human and work out terms and conditions acceptable to both parties?

Seriously, I would love to have a robot as replacement for most of our elected leaders. A robot Member of Parliament, for instance, will not sit in a committee to cut deals, to cook books, to attend midnight meetings and to work so hard on sweet-nothings to the common person.

Our corruption index will drastically improve that job opportunities will increase for our youth.

But, why do we allow such a culture of mistrust to a point where we are guiding ourselves to killing trust between persons?

What Kenya must do to spur manufacturing

By Wathiha John | 7 hours ago