Education imparted at school is only a small part of it 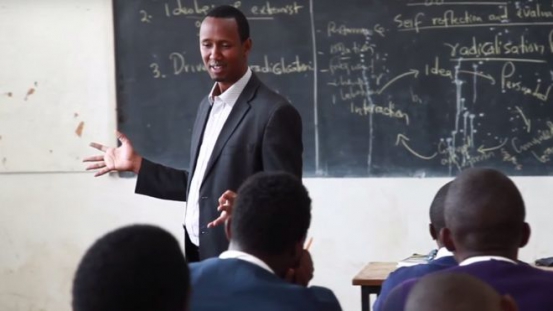 Education, if you are a believer in the Good Book, has been with us since the Garden of Eden. From the beginning, mankind is advised not to eat of the fruit of the knowledge of good and bad. Principally, he is being taught to be respectful of and forever be aware of a higher authority.

Often, we refer to systems of education when what we really mean is a system of schooling. Education is so broad that what is imparted at school is only a small part of it. So that the 8-4-4 system for example is more appropriately a schooling system and not necessarily an education system.

But for today, let us restrict ourselves to the intended change of curriculum from 8-4-4 to one sold using a steady stream of phrase mongering. It is invariably hailed as competency based, learner focused, skills oriented and other such fuzzy titles.

When you put the promoters to task to explain the true meaning of competency or skills for instance, you will always draw a blank. Even worse, nobody has been candid enough to unpack the ideals that were intended with the 8-4-4 system and explain what if at all, is amiss with them.

If fact detractors of 8-4-4 have even had the cheek to claim that it is too theoretical and exam oriented! Nothing could be further from the truth. The 8-4-4 system was meant to lay emphasis on practical subjects and co-curricular activities.

Somewhere down the road through, school ranking and the madness for A’s stole the show. The new goddess in town became exam results.

The highway, the road paved in gold happened to be cheating, stealing of exam papers, bribing of invigilators, anything. How you can blame that on 8-4-4 or any system for that matter is a question yet to be answered

In a constitutional democracy, we are always wary of governmental power and its (mis)use. That is why our constitution has clean, clear and stringent safeguards for public participation and citizens’ voice. Kenya Institute of Curriculum Development assures us that the proposed curriculum “is ambitious, futuristic and in tune with global directions.”

That may well be so. But essentially, it is a meaningless statement unless you clearly define the problem you intend to solve. If the intention is to provide a more robust foundation at pre-school, that can still be done within the framework of 8-4-4.

In fact, curiously the guiding document is titled ‘Basic Education Curriculum Framework’. That is until you realise its ramifications, in terms of number of years per stage, affect university education.

Those in the know say 8-4-4 was robustly discussed by university senates before it was rolled out. With this new system, no university senate has been consulted for input; yet it will affect the number of years of study at the university.

This as Professor Henry Indangasi observed in an earlier article (Saturday Nation April 30, 2016), will in turn affect course, budgets and teaching programmes. Something must be very wrong.

Either those promoting the change have missed something or as with all things fishy, there is a method to the madness. While a process like this is needless to stay political since it involves public policy that does not mean it has to be politicised as it affects not just the current generation but posterity. It is not idle to ask who the prime movers are. Nobody says nursery school teachers have no place in this review. Nevertheless no one should be gagged and demonised for trying to ascertain, nay, question the competency of its key players. Who for instance is the lead consultant? What are his qualifications? Who is funding this drive? Why?

The KICD director has promised elsewhere to offer further information on the intended curriculum, besides assuring us that it captures peace as an important aspect. Peace and peace building have adequately been dealt with within the framework of the 2010 Constitution.

In plural societies like ours, peace is achieved through appreciating our diversity besides encouraging devolution of power, inclusive systems and more democratisation.

Essentially, you do not merely swear to uphold and protect the law without following through with actions.

The proposed curriculum is experiencing headwinds for the simple reason that nobody knows why it is necessary. No one has clearly identified what it is we are trying to solve and how we should solve it. Maybe we are just involved in noise, commotion and movement, but no progress.

- The writer works for Asante Media

A common contradiction in Kenya is that the state expects high outputs in graduate programmes yet invests very little...like the proverbial village drunk who returns home to demand steak for which he did not leave behind.

By Carla Mucavi | 18 hours ago

If all bees die, human beings would also perish

Classrooms must be built

By Brenda Czeda Radido | 18 hours ago

Women should seize the Karua moment to push for gender parity
;
Feedback