“A marathon has no half-times, no time-outs and no substitutes. It must be the only true sport!”

I cannot remember where I exactly read this quote and whom it is attributed to, but it summarises beautifully how tough a marathon is.

Kenyan athletes have conquered the world by easily setting and breaking world records when it comes to long-distance races.

A combination of hard work, talent, mursik and the benefit of high altitude have favoured our athletes to win the races.

We now have a number of high-altitude training camps in Iten where athletes from all over the world train.

Sadly though, we have been reading about involvement by our athletes in the ‘sports vice’ called doping. Reports indicate about 40 Kenyan athletes have been banned for doping in the last three years.

Recently, we were warned to comply with the World Anti-Doping Agency (WADA) rules by early April 2016 to avoid the risk of our athletes being banned from the Olympic Games in Rio de Janeiro, Brazil.

This is due to the Kenyan government’s failure to pass appropriate legislation and provide adequate funding by the February 11, 2016 deadline. WADA said the matter will be reviewed by the independent Compliance Review Committee at its next meeting on April 5, and consideration will be given to a possible recommendation of non-compliance to WADA’s Foundation Board on May 12.

We pray that all concerned will work hard to comply and beat the deadline. Doping did not start yesterday; it has been with us since the days of ancient Greece.

Perhaps what has changed is the level of sophistication. Matthew Hard notes this in his paper titled ‘Caught in the net: Athletes’ Rights and the World Anti-doping Agency. He states that “...the evolution of doping substances and techniques has been tremendous.

“What began as “cocktails” comprised of heroin, cocaine, alcohol, and nitro-glycerine has evolved to designer steroids, gene therapy, and sophisticated masking techniques.

“The rise of doping coincided with pharmaceutical developments following the Second World War.

“Athletes weighed the potential impact a substance may have had on health against the impact it would have had on performance and made a calculated decision.”

Though doping is as old as the sports it is associated with, we remain ignorant about it as a nation.

To begin with, most of our sportsmen and women do not even know what they are entitled to when they sign contracts with the different clubs they play for or their sponsors. They always end up getting a raw deal. As a country we also do not care much about our sports heroes. A combination of these factors becomes a toxic mix when doping is thrown in.

The implications of doping are far-reaching. We have witnessed some of our athletes suffer the ban silently, forgotten.

A red card in most sports is devastating enough for any sports man or woman.

Being banned from any competition for two years because of doping for any sportsman or woman is a death sentence.

It gets worse due to being branded a cheat especially, if the sportsman or woman had no knowledge of what she ingested or was injected with.

Things get even more difficult where millions of money is lost in sponsorship and endorsement deals.

Most of the sponsors do not want to associate with such sportsmen or women. Unfortunately, their agents, coaches or doctors who might have lured them to ingest or inject banned substances are let off the hook.

This cannot be ruled out especially with the huge money the races attract nowadays.

Yet the Ministry of Sports and the various sports federations who are supposed to work together to educate Kenyans about doping and its implications in sports are only interested in making a quick buck at the expense of the sportsmen and women.

Let us first educate and sensitise our athletes about doping.

It will then be easier to protect them from con coaches and agents once we have the relevant law in place. It will be utterly useless to have a law protecting them from something they barely understand.

Nairobi senator Mike Sonko has demanded speedy investigations into the murder of his bodyguard.

By Ahmed Maalim Adow | 11 hours ago 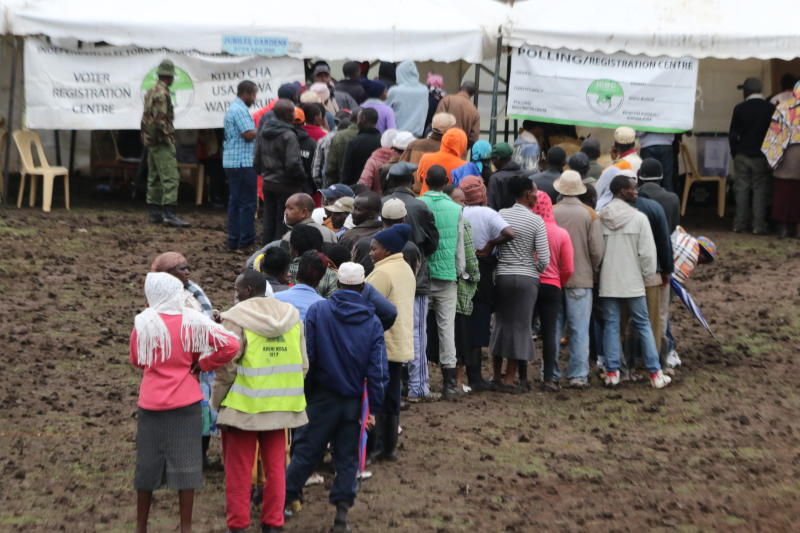