Why nothing works in a lawless society

Kenya: It’s hard living in a lawless state. Take my journey to work two weeks back, when a man climbed into my car at a U-turn on Mombasa Road.

He had pulled up a car blocking my exit, leapt out, demanded the licence from my driver, lifted my locks through the open window, and climbed in the back: illegally.

It got worse. He refused to give any reason, and I was due at an important meeting, so I told my driver to keep driving to the Standard Group. We pulled out into the middle lane of Mombasa Road, and that man, not smelling of drink, so maybe high on drugs, lurched forwards from the back seat, his mobile phone flying down into the passenger seat, and grabbed the steering wheel, yanking it left to try and get us off the road. The whole car swung, almost colliding with a lorry on the inside lane.

We had to pull up. The man was crazy in there. But when he realised I would fight all day rather than give him money — which is what he was there for — he threw the licence back at us, and leapt out again, screaming I had ‘no respect’.

At barely 9am, that man still had a whole day ahead of extorting money from law-abiding city residents filled with ‘respect’. Because he was a policeman.

And this is our Kenya. A land where the law really doesn’t matter.

Years ago it was explained to me why global franchises, such as McDonalds, were wary of our market — because the people running those restaurants, who are franchise holders, could serve even human parts in their burgers and still the mother brand would have no recourse to law.

My own business lost millions in services delivered under a subsequently torn up contract with a listed company, where the director actually laughed as he told me we could take them to court, and “it will take eight years”.

Ours is a land where anyone can do anything, because our police force and judiciary are among the most corrupt and inefficient institutions we have. At village level, it’s a reality that leads to lynching, as communities weary of criminals being illegitimately released take the law into their own hands — brutally.

Which is why our new Constitution built a new structure for the judiciary: because once the judiciary is operating legally and adequately it becomes the backbone for clean-up. Cases can be fairly judged from every quarter, and the law applied. Local thugs can be fairly held to account, dishonest directors, and even extorting policemen.

In a clean Kenya — finally broken from its cycle of massive leakage and pervasive insecurity, bullying and lawlessness — a clean judiciary is the key that can unlock the door.

Yet it is no small aim: making the current moves by the Judicial Service Commission to maintain ‘business as usual’ possibly the ultimate test of everything that came with our new Constitution and republic.

For sure, it has been a case study in how we ‘do business’. Our judges have put it out that Upper Hill is dangerously radioactive — which, definitively, it is not — rather than move to a building that electronically records their court cases. Our Chief Justice has demanded the CID release suspects — including even the man cashing the cheques — that defrauded our judiciary of altogether Sh80m: although the CID charged them anyway.

We have seen our JSC open an illegal bank account to receive Ford Foundation donations outside the public accounting framework. We have seen our Chief Justice — who surely is one person we should be able to expect the truth from — lie. And we have seen our Chief Registrar hounded out of office for insubordination, while a JSC member illegally takes over judiciary payments and procurements in breach of the Constitution, Judicial Services Act and all laws of public finance.

And where is civil society as this little clique rolls back our Constitution?  We saw demonstrations as MPs assigned themselves salaries that were pittances up against the plunder by our JSC members — who have claimed millions for attending hundreds of breakfast meetings at the Intercontinental, where they were supposed to meet four or five times a year for serious business.

For sure, MPs and the parliamentary committees have moved in to address this wholesale abuse of office. No matter that the Chief Justice and JSC simply refused to appear before the first committee to call them. Because that’s our Kenya. If you’re the Chief Justice you can defy parliament, apparently.

And not a single word from our Government.

The Ringera Report of 2003 delivered a damning study of the judiciary. There isn’t one of us here who can count on justice in this land, or expect the law to be upheld. Yet how easy it is to say that journalists are biased, or media, when all anyone needs to do, in the ultimate fight for justice, is read the documents themselves.

Instead, it seems, we all prefer paying bribes and living in insecurity forever. Just too much effort, I guess, to bother to get to the truth. Better to believe baseless propaganda about our new radioactive Upper Hill. And we wonder why things never get any less corrupt? They stay the same because Upper Hill is radioactive.

The writer is a Consulting Editor at the Standard Group.

Kenyan government charters a plane to bring back Kenyans in India

The reality of doing business with government

If you own a business, and are a woman, aged below 35 or are living with a disability, then you know by now that the government wants to do business with you. But what does this really mean?

By Ruth Masha | 6 hours ago

By Ngari Joyce | 6 hours ago 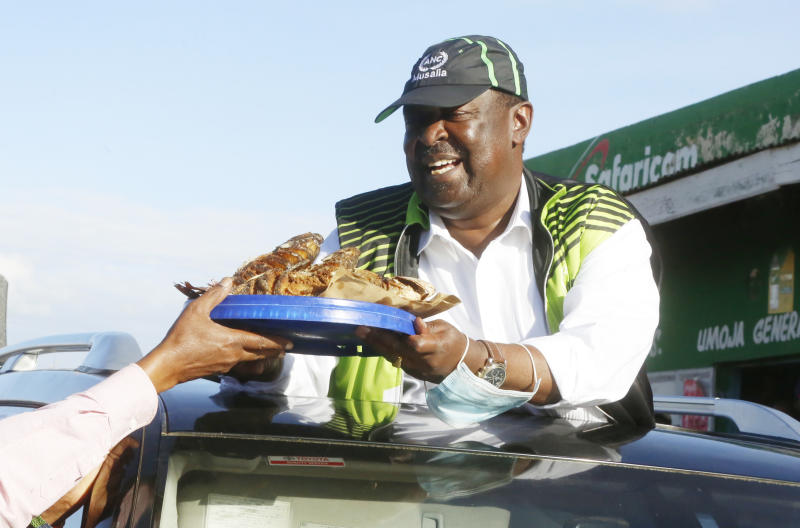