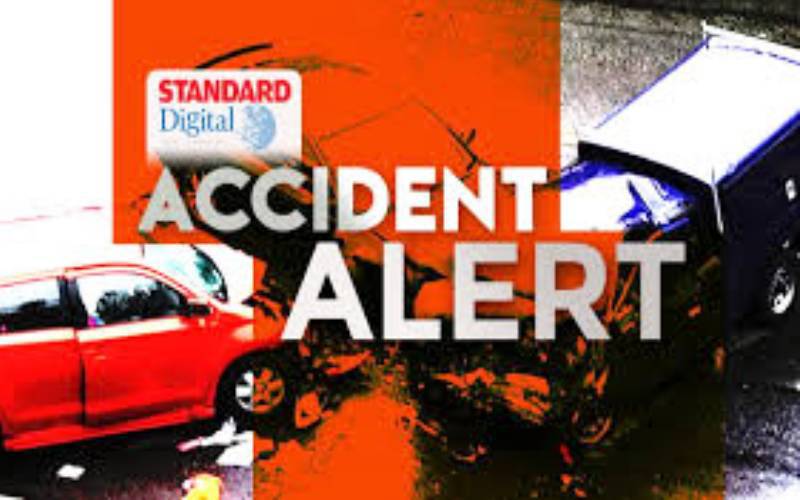 The death toll of Monday's Kisumu road crash, climbed to eight after one more passenger succumbed to his injuries.

"We have lost one more person and one other victim is at the Intensive Care Unit. We are trying all we can to save his life," said Dr Okoth

Meanwhile, Kisumu County Commander Ranson Lolmodol said investigations into what may have caused the gruesome accident at Kisian Junction on the Kisumu-Busia-Bondo road have been launched.

Kisumu the ‘epicentre’ of sickle cell

Varsity 'will not take over' hospital

"The driver of the trailer that rammed into two other vehicles is still in hospital. We are waiting for him to recover so that he can record a statement," said Lolmodol.

The accident occurred at 3pm on Monday when a trailer hauling tons of sugar cane, ploughed into a matatu, a private van and pedestrians in the outskirts of Kisumu town. Seven people died on the spot.

Members of the public who were at the accident scene attacked and burnt the trailer accusing its driver of reckless driving.

Distraught relatives of those who perished in the crash milled at the Jaramogi Odinga Hospital mortuary to identify bodies of their loved ones.

Police and eyewitnesses said the tragedy occurred after the driver of the trailer hurtling down hill from the Busia side lost control of the vehicle. It tore into the smaller vehicles before finally resting on its side.

Kisumu West OCPD Edward Kangara, who spoke as he coordinated the rescue efforts confirmed that the trailer ferrying sugarcane crashed through a Public Service Vehicle before hitting a private car and pedestrians along the road. Most of those who died were in the matatu,” added Kangara.

The reduction of the reserves will come into effect on June 8 to provide additional liquidity to banks, governor Florens Luoga said in a statement.