Residents living at the mercy of an amorphous vigilante gang 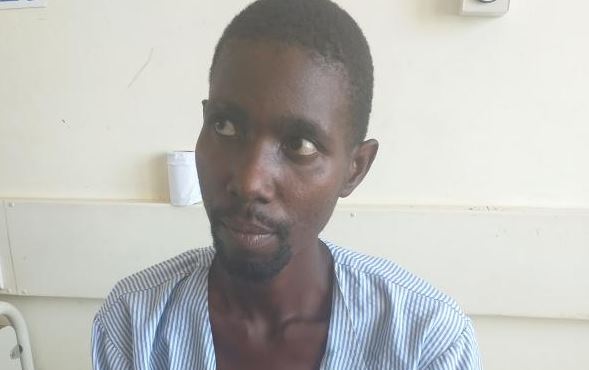 The 31-year-old, resident of Nyalenda B, is one of the latest victims of an attack by an amorphous group of ‘guards’ running riot locally.

The group, according to residents, is taking advantage of uncontrolled activities at a sewerage treatment plant by Kisumu Water and Sanitation Company (KIWASCO) in Nyalenda.

Mr Okia is recuperating after undergoing surgery following an attack by a group of over 10 ‘guards’.

Okia had on April 5 visited a friend on the other side of the sewerage ponds, and on his way back, met the group.

“They accused us of fishing inside the ponds, and without letting us respond, they landed on us with beatings. My friend escaped. I slid and fell,” he said.

Okia was hit in the abdomen and chest, and lost consciousness. A well-wisher took him to hospital on a motorbike.

Yesterday Brian Okinda, the JOORTH Deputy Head of Nursing, confirmed that the patient was out of danger.

Okia said he was yet to report the matter to the police as he had to get treatment before he could seek justice.

At least eight other people claim to have been victims of the group in the last one month.

Pride Kings Security Services Limited, the private security firm contracted by KIWASCO to guard the ponds, claims a criminal gang could be infiltrating the area.

Residents have accused the company guards of perpetrating criminal activities after it withdrew its normal staff and replaced them with a new group said to be armed with crude weapons.

The security firm admitted to hiring some people to guard the lagoons, but denied any criminal activity by the group.

“We have four (guards) working at the ponds – two at night and two during the day. We previously had our normal security guards, but the community was wild against them for preventing them from fishing there,” said Vincent Atong’, the human resource manager at the security firm.

Mr Atong’ admitted that their guards neither had uniforms nor specific tools of trade.

Residents say more than 20 guards are always spotted keeping vigil at the pond with no uniform or identification tags. They are said to be armed with bows, arrows, clubs, swords and several other weapons.

According to Ms Atieno, her son Jacob Otieno, a pupil at Rae Kanyaika Primary School, was in the company of his friends grazing cattle near the pond.

As they were playing near the ponds, the guards appeared and began to chase them. Otieno’s friends escaped. He was unlucky, as the guards caught up with him and began to beat him. He fell in one of the ponds as he tried to flee.

The guards then escaped as witnesses moved in to rescue the boy from drowning. The boy was taken to Kisumu County Hospital where he was resuscitated and discharged.

This incident happened barely a week after a similar one that saw 32-year-old Boniface Msikuni tortured by the guards after he was suspected of fishing at the ponds.

Msikuni, who resides at Mowlem Estate, said he was returning from Namthoi farms where he gets work contracts when he met the guards.

“On my way back from the farms, I met someone who sold me some fish, not from the ponds. So when I approached the guards, they started accusing me of fishing in the ponds and landed on me with all sorts of weapons,” said Msikuni.

They then apprehended Msikuni and took him to Kasagam police post, where he was locked in till evening and released without the incident being recorded in the occurrence book.

Ezekia Onyango, the chairman of Namthoi Farmers, Dago Unit, said he had been a witness in many of the attacks, including Okia’s.

“My nephew was attacked and chased to his house by the guards two months ago. The enraged residents retaliated and attacked one of them, and the attacks went down. They are recurring,” said Onyango.

KIWASCO management confirmed that they had contracted Pride Kings Security Services Limited to guard the ponds, but denied any knowledge about the alleged attacks on residents.

County Police Commander Ranson Lolmodol asked victims of the attacks to report the cases for police to take action.

“There is no law that allows anybody to beat another even if they make a mistake, and we will be following up with the victims to find out the truth,” said Mr Lolmodol.

He added that his office would investigate claims by Pride Kings Security that officers were the weak link in the justice system by failing to take action against those nabbed at the ponds.

Previous article
18 girls rescued from school
Next article
Pregnancy made me hate my husband's voice, cooking

Declare your stand, Atwoli challenges politicians yet to endorse BBI