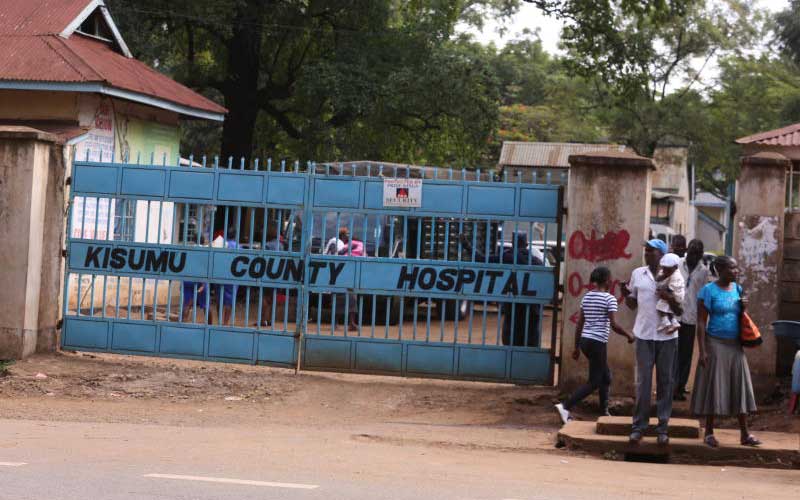 A man collapsed and died while queuing to get treated at the Kisumu County Referral Hospital (pictured).

Edwin Odhiambo, 23, is said to have waited at the queue for almost three hours when he suddenly collapsed and died as other patients watched in horror.

The boda boda rider from Kolwa Ward in the outskirts of the town was said to have been unwell for the past three days.

Odhiambo’s relatives who had accompanied him to the hospital said they had been told blood samples were needed before he could be attended to.

Odhiambo's brother, Charles Michura, said they had first taken him to Jaramogi Oginga Odinga Teaching and Referral Hospital which referred him for tests.

His family members said that Odhiambo had been tested twice but had not received any medication.

“We rushed him to the county hospital after his condition worsened,” said Michura.

The burden of caregiving