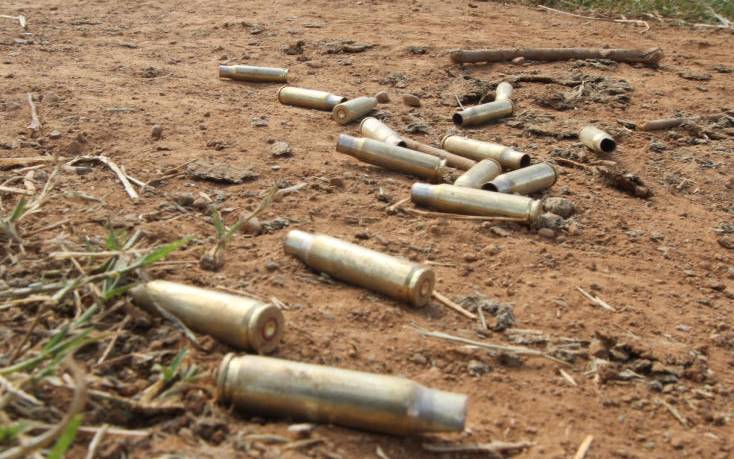 Police fired in the air and lobbed teargas canisters as they broke up a female circumcision ceremony at Ntimaru in Kuria East, Migori County.

Six people, among them a traditional female circumciser, were arrested during the Wednesday evening incident that also left scores of people injured and property worth thousands of shillings destroyed.

Two of the teenage girls who had been circumcised at a house in Ntimaru market were spirited away on a motorcycle after police burst into the building following a tip-off.

As police fired in the air, some of those in the circumcision party responded with stones, turning the busy market into a battlefield.

Mr Rotich said officers stormed the circumcision centre because the practice has been banned by the government.

“My officers wanted to rescue the girls but found they had already been cut and driven away on a motorcycle. We used teargas because some of those in the crowd were armed with stones and arrows,” said Rotich.

He said the whereabouts of the two girls were still unknown after they were evacuated from the scene by two people riding motorcycles.

The Standard established from locals that the two girls, both in primary school, were taken into hiding in a neighbouring village even though they were still bleeding.

Daniel Wambura, a local businessman who was caught up in the skirmishes, said he lost solar panels and computers worth thousands of shillings during the confrontation.

“The police attacked everyone in sight. There was total confusion. They used batons, teargas, and whips. They damaged property in the process,” said Mr Wambura.

He added: “My solar panels and computers have been destroyed by police who were engaging in the fight with the community who were celebrating two girls who have been cut,” said Wambura.

But Rotich denied the claims, saying his officers restrained themselves and were only interested in the people who were circumcising the girls.

The raid at Ntimaru comes at time leaders and elders from the Kuria community are divided on whether or not the community should stop the practice altogether.

Ntimaru East Member of County Assembly, Augustine Muise, condemned the police raid, saying the girls had not been forced into the rite but handed themselves voluntarily to the circumcisers.

He claimed he and some elders had earlier met the police and briefed them about the planned circumcision activities in the area.

“We had met the police and agreed that they should allow the communities to celebrate their cultures...,” said Muise.

The MCA said the use of force will not succeed in ending Female Genital Mutilation (FGM), adding that the practice will just end gradually.

“Those voluntarily going for the female cut should be allowed to do so. The Government must only go for those forcing the girls to undergo the circumcision,” he said.

Two weeks ago, the Chief Administrator Secretary for Public Service Youth and Gender, Rachel Shebesh, said chiefs and their assistants from Kuria sub-county would be held responsible for FGM activities in their areas.

She said relatives of those involved in the cut would be arrested alongside the culprits if they don’t report such activities.