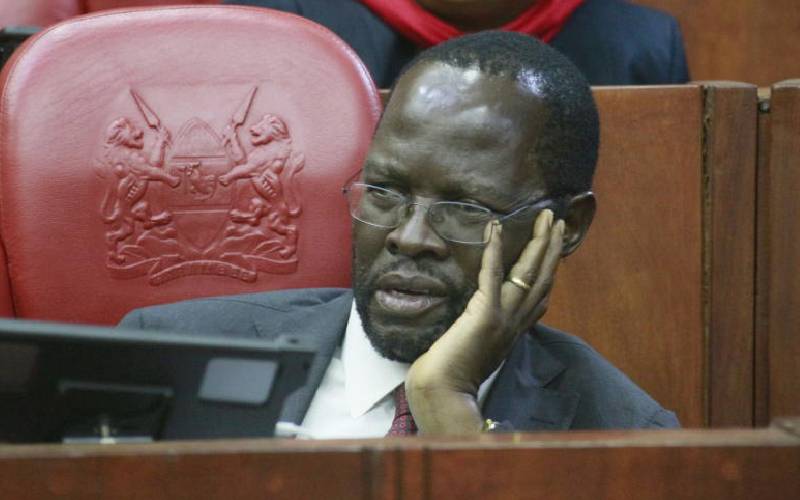 The administration of Governor Anyang' Nyong’o (pictured) has suffered a big blow after the county assembly rejected its Sh10.4 billion budget over glaring discrepancies.

The development took place hours to yesterday’s deadline for passing the budget even as other five counties raced against time to approve their financial statements.

Earlier, county residents had poked holes in the budget as they lobbied their ward representatives to reject the document in totality.

And on Saturday, MCAs overwhelmingly voted to have the document returned back to the Executive until it corrects the discrepancies discovered by the House.

Speaker Onyango Oloo told The Standard that the assembly will only endorse the document once all the discrepancies are rectified.

In the budget proposals, the county government had also ignored several stalled projects, with MCAs and residents raising fears that millions of taxpayers' cash risked being lost if the projects are not completed.

Some of the stalled projects include bridges, Early Childhood Development centres, dispensaries, markets, village colleges, toilets, resource centres as well as some roads.

A spot check by The Standard across the country established that some of the projects that have stalled are now in dilapidated states as some had been vandalised.

Residents accused county officials and their MCAs of failing to follow up their proposals and ensuring that they are included in the budget.

But it is the nature of appropriations as well as the declarations that pushed the county assembly to reject the document.

According to speaker Oloo, the Executive had also under-declared the amount of money it received from the national government as well as funds from donors.

Attempts to reach Finance Executive member Nerry Achar for a comment were futile as he did not respond to text messages or calls.

Communication Director Aloyce Ager, however, claimed that they had not received the official feedback from the County Assembly.

Second wife has fled Dubai, taking the couple’s two children and some £31 million