Questions as Kisumu MCAs extend sittings despite not discussing any business 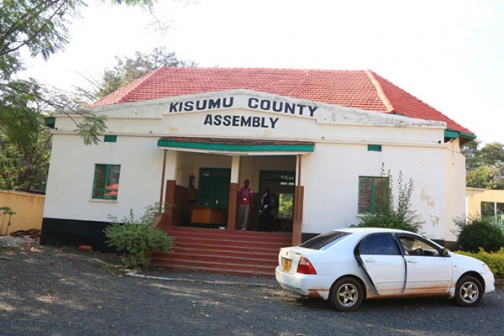 Kisumu County MCAs have differed over breaking for a long recess even as speaker Anne Adul termed their extension illegal.

On Thursday, the MCAs voted to extend their session for a second week in a row despite not tabling any reports for discussions.

Last week, house committees that were supposed to table reports before the floor of the house withdrew all the reports and this week members did not debate on any report.

In a motion moved by North West Kisumu MCA Samuel Ombogo the ward representatives said the extension was necessary to allow them debate on reports that were yet to be brought before the house.

"There are reports that have not been debated and it is important that we debate them before we break for a long recess," said Ombogo.

During the session however, members did not debate any of the reports that were on the order paper.

Among the reports that were set to be tabled included a report by the Livestock and Natural Resources committee on distribution of livestock by the county government.

Fanuel Aim, the chairperson of the committee who was supposed to table two reports defended the withdrawal of reports from last week saying that there were reasons why the reports have been withdrawn.

"This is a house of rules and there are reasons why we have not had any debates on the reports. It is clear why I withdrew my motions," said Aim.

On Tuesday, the MCA withdrew reports claiming that members did not carry with them their copies of the reports.

On Wednesday, the assembly adjourned for a Kamukunji after failing to discuss any reports.

North Nyakach MCA Maina Koko questioned why members were still insisting on postponing the long recess despite not debating on the reports.

"The reports members are saying have not been debated have been here for two weeks and yet we are saying they are serious business that needs to be debated on," said Koko.

"We should have adjourned this house as soon as two weeks ago," he added.

Koko accused members of putting the dignity of the house in question by choosing to extend their session to despite not conducting any meaningful business.

"We are exposing our ignorance and will be judged harshly," said Koko.

This comes about two weeks after the MCAs voted unanimously to overrule a letter that speaker Anne Adul had written to the city management informing them that the assembly is on long recess.

Adul had written to the city manager informing her not to allow any plenary sessions to be conducted at the city hall because the MCAs were on recess.

In her letter dated December 6 and seen by the Standard, Adul noted that the Assembly started their long recess on December 2 and will resume their sessions in February 7, 2016.

Speaker Anne Adul who has vowed not to be part of the extension told the Standard on Saturday that the ward representatives were now violating the standing orders that they themselves made.

"The extension is illegal. Even all the other 46 county assemblies have already gone for long recess,' said Adul.

She noted that the assembly went on recess on December 2, 2016.

"Members will be accountable for the allowances they are drawing with the illegal sittings," said Adul.

Last week, the MCAs voted to have her to step aside, a decision she has already contested in court.

OPINION: The opposition must re-brand as a government-in-waiting!

Opposition parties in Kenya have never disappointed in marginalizing themselves through fragmentation and fighting each other on the eve of general elections.

By Harold Odhiambo | 4 days ago