8 cops, 2 teachers and doctor among 11 killed in Wajir bus attack 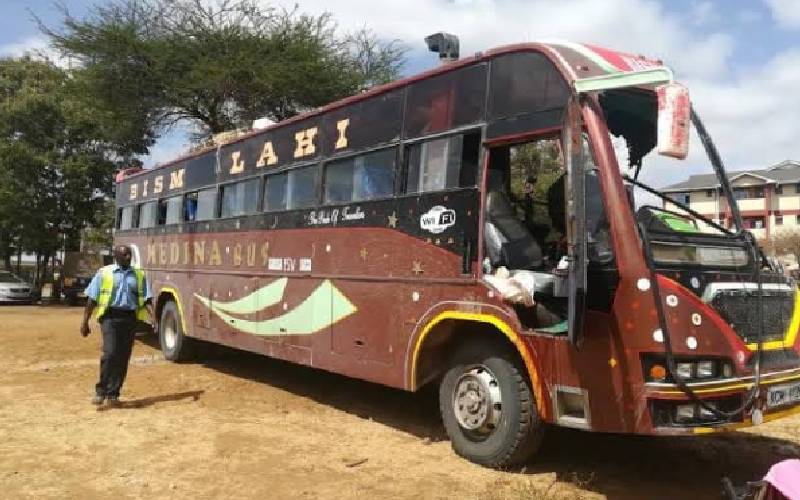 Eight police officers, two teachers and a doctor were among 11 people killed by gunmen in Wajir bus attack on Friday evening.

The militants reportedly flagged down the bus, ordered the passengers out before ordering non-locals to alight from the bus.

The militants held non-locals captive and released the bus to proceed with the journey as they began shooting them.

According to police reports, eight police officers attached to Anti-Stock Theft Unit who were returning to their work stations, two teachers and a doctor died in the attack.

Northeastern regional commissioner Mohamed Birik said special forces have been deployed in the area and are conducting both ground and aerial surveillance as they pursue the militants who are said to have escaped back to neighbouring Somalia.

Wajir Governor Mohamed Abdi condemned the attack and urged the government to heighten surveillance in the region and not to wait for such incidences to happen to act.

“I want to appeal to our security apparatus to remain proactive and on alert at all times. we cannot be losing lives in the hands of the militants in this day and age,” he said.

By Michael Saitoti | 13 days ago

By Winfrey Owino | 24 days ago