IEBC says no ballot papers were detained at JKIA.

The Independent Electoral and Boundaries Commission (IEBC) has dismissed information going around that ballot papers were detained at the Jomo Kenyatta International Airport.

The electoral body took to its official Twitter page to dismiss the reports and set the record straight.

In its tweet on Thursday evening, the Chebukati-led commission said it had received stickers for labelling and distribution of election materials.

“The correct position is that today morning the Commission received stickers to aid labelling and distribution of election materials. The JKIA security agencies in their normal procedure were trying to validate the stickers with the Commission,” the commission explained. 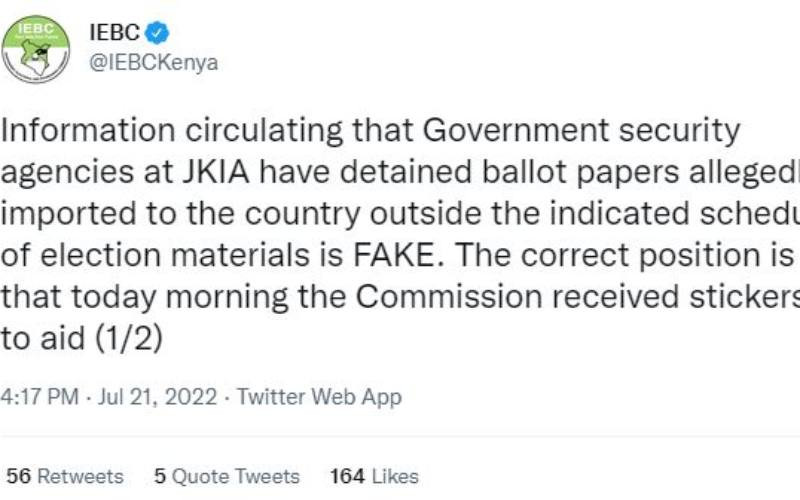 A week into July, IEBC received the first batch of ballot papers for senator, governor and woman representative seats.