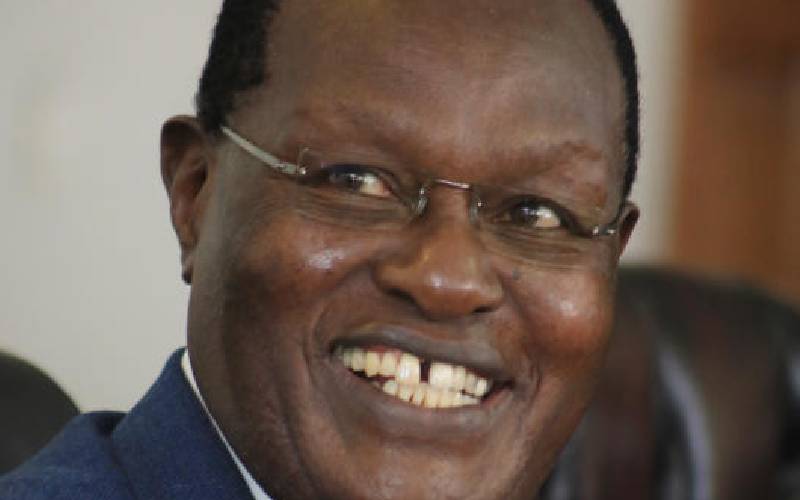 Anti-Corruption Court Magistrate Anne Mwangi ruled that the prosecution did not provide evidence to prove that Obure, former Transport PS Sammy Kyungu and former financial secretary at the treasury Samuel Bundotich committed any fraud in relation to the controversial contracts.

“I find that the prosecution failed to prove the charges against the accused beyond any reasonable doubt,” ruled Ms Mwangi.

“Having analysed the evidence, I find that the accused persons actually acted in good faith and did due diligence before signing the Anglo-leasing contract,” she said.

The court’s decision was a big relief for Mr Obure who has been in the corridors of justice to clear his name for the past seven years after they were charged in 2015.

Obure, Kyungu and Bundotich were facing the charges alongside former post-master general Francis Chahonyo who died in June 2020 and had his named removed from the charge sheet.

Their case was the first of three Anglo-Leasing cases in which the prosecution alleged the country lost close to Sh10 billion between 2002 and 2004 through fraudulent contracts to improve services at the Postal Corporation of Kenya and modernise police and security systems.

The prosecution’s summary of evidence was that the late Chahonyo and Kyungu were the initiators of the alleged scandal through Anglo-Leasing contracts, Obure authorised the payments while Bundotich made the payments.

But the magistrate ruled that Obure only acted on request from the then Transport Minister, Musalia Mudavadi, to authorise the procurement and did due diligence of seeking the legal opinion of the Attorney General beforehand.

For Mr Kyungu, the magistrate ruled that he was not the originator of the request for direct procurement of internet provision for the postal corporation and that he proved the project was beneficial to the country since it would have generated Sh300 million yearly.

Ms Mwangi also absolved Mr Bundotich from any blame, ruling that as a financial secretary, he was acting under authority of the minister who instructed him to sign the authorisation for direct procurement.

“There is no evidence that his action resulted to any loss of public funds. He was reasonable in signing the approvals since as a junior officer, he had no option but to act as per instructions issued by the minister for finance,” ruled Mwangi.

The magistrate ruled that the three accused persons had provided sufficient explanation over their involvement in the project and cannot be said to have illegally benefitted from public funds.

By Ernest Ndunda 1 hr ago
World Championship: Malkia Strikers pray for a miracle against Puerto Rico