With less than 20 days to the Law Society of Kenya election, the battle lines have been drawn with five candidates hitting the road for campaigns to become the next president.

Lawyers Eric Theuri, Omwanza Ombati, Mathew Nyabena, Caroline Kamende and Bernard Kipkoech have been cleared to vie for the coveted seat. They face the daunting task of wooing the more than 19,000 LSK members to win support ahead of the March 10 polls.

Having been dogged by wrangles that led to the premature ouster of ex-president Nelson Havi, the candidates know it will be a battle to win the trust of their colleagues. The election will be presided over by the Independent Electoral and Boundaries Commission.

With three candidates from Nairobi and two from upcountry, the focus will be winning over Nairobi, where the majority of lawyers practise. The last LSK election showed the candidate who wins in Nairobi carries the day.

Theuri, Ombati and Kamende are all based in Nairobi, while Nyabena is based in Mombasa and Kipkoech in Nakuru.

The five candidates have been traversing the country since Tuesday when they were cleared by the LSK Election Board.

Theuri, the current LSK Nairobi branch chairman, said he is banking on his 17 years of experience which he will use to create a fully functional society that will keep the judiciary, executive, and legislature in check.

“My vision is to create a society where advocates feel engaged and are comfortable in their work. We will expand the welfare for advocates through diversifying our income-generating activities and have training opportunities for them to be competitive, locally and internationally,” he said.

On the wrangles witnessed in the past council, he said he will let the will of the majority prevail to ensure there is harmony.

He added that if elected president, he will enhance cooperation with other arms of government to provide a check and balance to promote accountability as well as guide Parliament in enacting laws.

“I believe I am the right candidate to take LSK forward based on the achievements we had as Nairobi branch. We filed cases to check government excesses and championed the establishment of small claims court which has resolved 2,700 cases worth Sh500 billion in less than 10 months,” he said.

Theuri stated he will bridge the gap between senior and young lawyers through mentorships.

Ombati, on the other hand, brings his 18 years practising experience.

“I will build a road map to tackle challenges facing lawyers and rebuild burnt bridges to promote cohesion. I will also activate the Legal Aid Act to ensure young lawyers are supported through mentorship and financial support.”

Ombati stated that it was unfortunate that LSK was engulfed in wrangles in the past two years which he says was the lowest it had sunk in its 74-year history. His vision, he says, will be to engage all council members to avoid a repeat.

Ombati said he will actively engage the judiciary on issues that affect the administration of justice but will not shy away from taking them to account on corruption.

“I am bringing fresh ideas for the future of the society based on my experience and previous engagements where I sat in the LSK editorial committee and led the society in various court cases which we won.”

He added that he will ensure the society takes its rightful place in challenging any action that infringes on public rights.

Kamende, the immediate former LSK vice-president and chair of the Federation of Women Lawyers (FIDA) disciplinary committee, is the only female candidate.

She is banking on her 17-year experience where she has served in various capacities within the LSK council.

“My experience with the other councils makes me the ideal candidate. My vision is to serve members diligently and improve their welfare.”

Kamende said she wants to ride on her successes as vice-president where she established the sexual harassment and anti-bullying policy, set up a toll-free line for lawyers to report incidents and filing human interest cases.

Being an electioneering year, Kamende said she wants to be at the forefront in checking respect to the rule of law.

She does not regret the incidents that led to wrangles in the past LSK council, stating they were on the right side of history for demanding an audit of finances. She however stated that she will encourage consensus among members to ensure it does not recur.

With 14 years of professional experience, Kipkoech is banking on upcountry voters whom he has represented as chairperson at the Rift Valley branch.

Kipkoech’s vision if elected president will be to create a conducive working atmosphere and improve the police-advocate relations.

On wrangles in the society, he stated he will ensure the differences are managed professionally and give the society a facelift to regain its position as a human rights defender.

Nyabena, another former LSK council member and the Coast branch chairman with 21 years of practising experience, is promising an in-house dispute resolution mechanism that will resolve members’ disputes within 30 days.

With the LSK presidency campaigns gathering pace, it will be up to the candidates to convince disgruntled members and to restore LSK’s past glory. 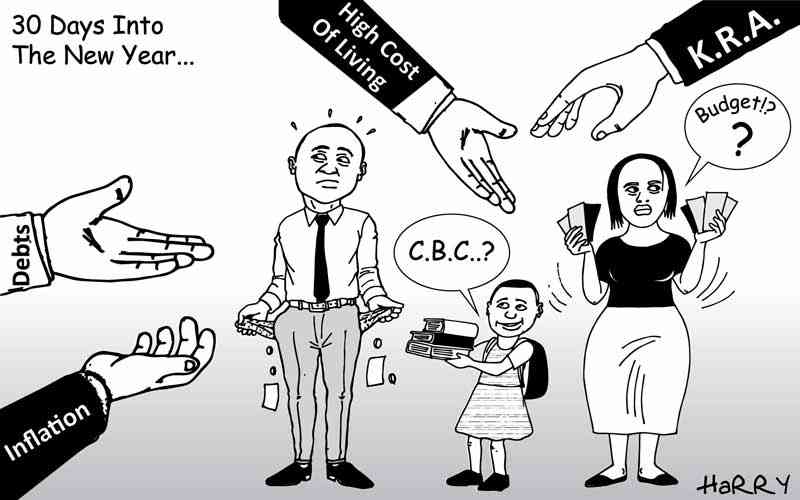 By Benjamin Imende 49 mins ago
Premium Ruto slams Raila backers, accuse them of blackmailing the State

By Malkhadir Muhumed 49 mins ago
Premium Wittingly or not, Raila ceded the national arena to Ruto after August 15

By Peter Muiruri 49 mins ago
Premium Dawood, surgeon who mastered the art of the scalpel and the pen
.