Nairobi's struggle to quench its thirst for over a century 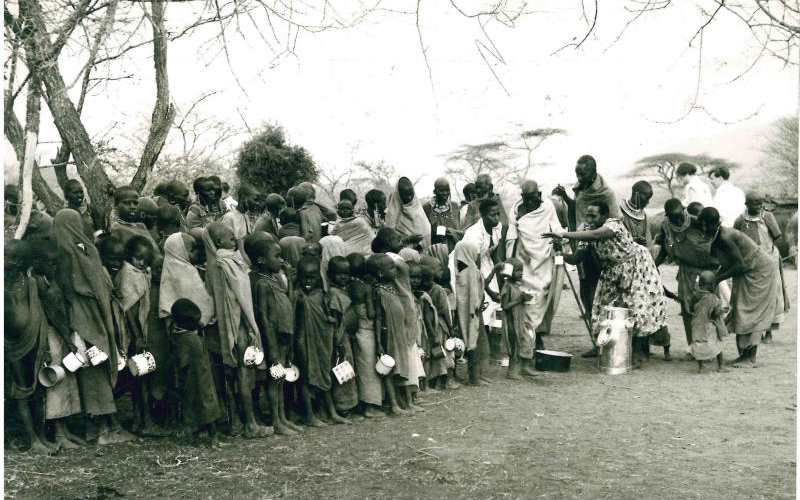 Nairobi’s thirst for clean drinking water has been long and enduring.

The city's history of parched throats and unquenchable fires dates back to more than a century as a living testimony of one of the greatest ironies. This city was situated at its current location because it had sufficient water, which had sustained the Maasai and their livestock for hundreds of years.

The realisation that the waters from Mathari, Msongari, and Ngong rivers, which had quenched the wandering Maasai warriors for ages were no longer sufficient, came in 1905.

This, George William explains in his 1966 thesis, History of Nairobi, Capital of Kenya", necessitated the construction of Nairobi Dam in 1905, which was followed by yet another dam constructed by St Austin missionaries on the same Nairobi River.

A severe drought in 1926, followed by a string of fires, spelled doom for the city, which lacked sufficient water even to put out the inferno. So dire was the situation that at some point firefighters were instructed to use water to extinguish fires only if the lives of people were at stake.

Disaster struck again 20 years later, at a time the world was in the throes of World War II. City residents then left their taps on in the hope that they would miraculously gather some little water to cater for some of their needs.

The city council enacted some bylaws, authorising its employees to trespass into private property to lay emergency pipelines.

The only time the city could afford to irrigate its lawns, gardens and wash the cars without worrying about water was in the 1950s after the construction of the dam on the Ruiru River in 1950.

This afforded the city’s glitterati residing in Karen to indulge in their hobby farming.

This golden era has since passed, and the scramble for this rare commodity has reached crisis levels, forcing the super-rich to sink boreholes, the middle class to have water bowsers at speed dial while the poorest of the poor rely on hand cart pullers to provide water in plastic containers.

But amidst this crisis, which started almost 120 years ago, a cabal of super-rich racketeers is getting richer by extracting the commodity from Nairobi City Water and Sewerage Company lines to establish their own kiosks, which retail at exorbitant prices to desperate city dwellers.

The situation is even dire today because the rivers have been transformed into open sewerage channels.

Over 200 investors to scout for investment deals in Kinshasa

Trade mission is aimed at helping investors make forays into the resource-rich country with admission of DRC into the East African Community.

She had released the money despite account errors that were not corrected in time. Witness says tellers are not supposed to doubt bank system.