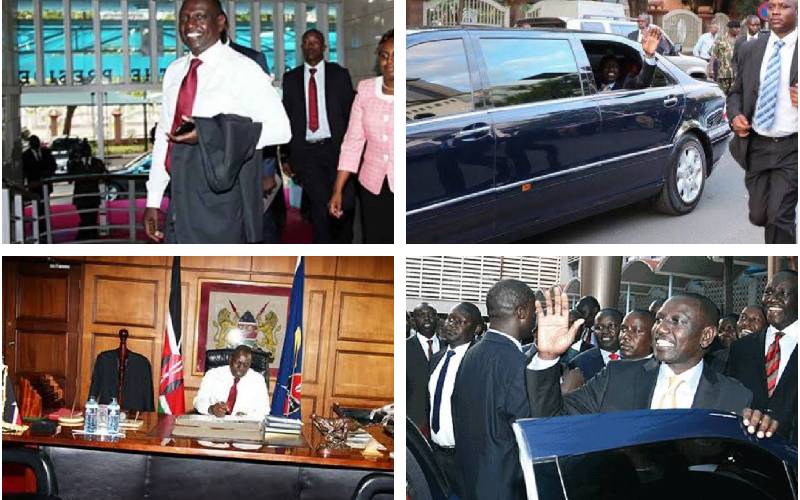 Exactly seven years ago today, President Uhuru Kenyatta signed an order handing over power to Deputy President William Ruto to act as the president of the Republic of Kenya.

This was in 2014 before things got bitter between the two.

It was clearly in the peak of their presidency and Ruto would be the acting president for three days as Uhuru attended a status conference at The Hague where he was to answer to charges of crimes against humanity linked to the 2007/08 post-election violence.

A limousine ride in a ten-car motorcade, a quick photo session, a mushy Facebook post and a peep in the official diary of President Uhuru Kenyatta.

That is how Ruto is said to have begun his day at Harambee House as he warmed the seat for his boss.

The following morning, Ruto left his official home in Nairobi’s Karen, sirens blaring, zoomed past his former office at Harambee House Annex and headed directly to President Kenyatta’s office in Harambee House which would become his station for the next 72 hours.

A small crowd of early-rising Kenyans going to work who watched as the motorcade of high-end cars snaked into the presidential address.

The doors opened so quickly, Ruto did not even get time to put on his jacket. He simply carried it in his left hand, as he shook hands with some of his staff using his right hand.

All this time, he was surrounded by a phalanx of the mean-looking, suit-wearing elite Recce Unit officers who handle presidential security.

He climbed the short staircase to the door, walked past the reception, took the VIP elevator to the second floor and then walked briskly on the carpeted corridor to President Kenyatta’s office.

He found President Kenyatta’s diary on the table. He opened it, and checked the pending assignments. He made a mental note to tackle those.

He sank into Kenyatta’s seat, posed for pictures, and then checked his official Facebook page.

“UK (Uhuru Kenyatta), I stand with you as my brother, my leader, my boss and my President. As we navigate strange and unprecedented paths, I reiterate our conviction that in time, all will be well and we will be vindicated,” the Deputy President, now wearing the ‘Acting President’s’ hat, posted on the social network.

Perhaps it is the three days as acting president that solidified the DP’s resolve in pursuing the top seat in the 2022 general elections.

Ruto’s three days as president was a clear indication of deep trust between the two leaders at the time. It also signified that the president had attended the court matter in an individual capacity and not as the president of Kenya.

The Trial Chamber V (b) had directed for the physical presence of President Uhuru during the status conference.

Uhuru said he arrived at the decision to travel to The Hague as an individual to preserve the sovereignty of Kenya and its democracy.

“I have chosen not to put the sovereignty of this nation on trial. I received notice to attend to a status conference at the ICC. This is not a time for us to be tense; it is time for us to be proud of the democracy we have built,” he said.

However exciting, the experience of being acting president was, Ruto’s plate was full with both his diary and that of the president requiring his execution.

The DP became the second Deputy President to become an acting president after former President Daniel Arap Moi took an acting role for 90 days after the death of President Jomo Kenyatta in 1978.

The committee ordered that PS Kamau appears before it on Thursday by 10 am.

Prof. Kibwage had been holding the VC seat in an acting capacity since the then-holder Prof. Rose Mwonya proceeded to retire.

By Kamau Muthoni | 24 minutes ago 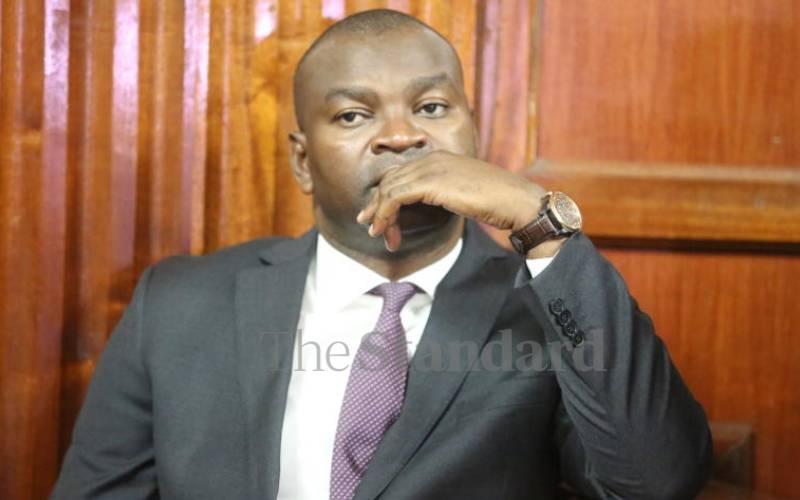