Somewhere in Mt Elgon overlooking the forested foots of the mountain characterised by several caves is a rickety structure; the remnants of a conspicuously crumbling house.

Trailing the footpath to the deserted homestead over the rugged hilly terrain full of green vegetation is nauseating.

This is home to Stephen Nyoka, a survivor of a deadly attack by Sabaot Land Defence Forces (SLDF) in 2008.

Nyoka lived to tell the story, horrifying as it is.

Nyoka then was working with the Kenya Seed Company. It was July 3, 2008, as Nyoka vividly remembers. A group of militia armed with rifles, machetes and assorted weapons stormed his home and hell broke loose.

“The men stormed in and fired shots at me. They also shot at my three children and chopped off  my wife’s hand. It was terrible!” Nyoka says after summoning the courage to narrate the ordeal.

The 59-year-old father of nine says he was with his entire family on the fateful day after a busy day in the farm. Sitting on an old tree stump outside his mud-walled house that is adjacent to the collapsed temporary structure, Nyoka recollects the chilling moment that left him indisposed.

“They fired several shots through the wooden door before they stormed inside the house catching my terrified family by surprise. I took cover as bullets were flying all over the house. I thought I had escaped,” Nyoka adds.

But a bullet hit Nyoka in the spine while his wife sustained deep panga cuts from the uncompromising gang that soon fled, leaving them for dead.

“I found myself in a hospital ward in Kitale with a bullet lodged in my spine. When I tried to get up after being unconscious for a long period of time, I felt great pain in the back that slowly brought me back to my senses,” he tells The Standard.

Attempts to remove the bullet were futile as medics noted the process was too complicated. They said the bullet could not be removed without further endangering Nyoka’s life.

Four months later when he was discharged, he was shocked to find three fresh graves in his homestead. There was a shambolic house in the deserted home, with vegetation growing all over.

“After four months in the ward, I was discharged after getting better and I went back home. But what welcomed me was so heartbreaking,” he said.

The graves were for three of his children who succumbed to the gunshots. His wife was also incapacitated.

Despite receiving counselling by humanitarian organisations such as Handicap International, Nyoka says the trauma cannot completely fade away.

Nyoka has been in and out of several hospitals, but the advice has been the same across board: to live with the bullet. “I live with the bullet which is still lodged in my spinal cord since doctors noted that removing it would further complicate the situation probably leading to fatality,” he adds.

He says due to the attack his family moved in with relatives while he was left on his own surviving on handouts and support from a local church.

According to Dr Sydney Ronoh, a neurosurgeon at the Eldoret-based Moi Teaching and Referral Hospital, dislodging a bullet from the spine is a complex exercise that requires precision and dexterity.

He, however, notes that some situations are so risky and could mean fatality to the patient.

Most medics advise the patient to endure with the foreign body, but with caution and strict adherence to instructions of the physician.

“Spinal injuries vary but are generally complicated in nature and hence require proper analysis beforehand as well as proper care and precision,” said the specialist doctor.

Another Mt Elgon resident, David Mbuya, narrated how an attack on July 1, 2018 by the SLDF militia left seven members of his family dead.

Mbuya says on the fateful day he turned up at his elder brother Benson Mbuya’s house a few minutes to 8pm, and they were soon served dinner. The 54-year-old says soon after, a group of about five men donning long rain coats appeared outside.

Benson’s daughter, who was then a Standard Eight pupil, was the first to notice them, and she informed the family of strangers in the homestead.

But before she had finished speaking, they all heard a deafening bang at the door. “They fired at us. There was no place to run to since they had blocked us. I took cover behind a stack of firewood that was in the house. Unfortunately, the last bullet hit me from behind,” said David.

He says his brother was fatally shot in the neck by the thugs who were later identified to be members of the infamous SLDF.

Benson’s son who was then in Form Three was shot in the arm and has had to endure the pain though he narrowly escaped death.

Narrating the ordeal amid tears that he wipes with the back of his hand at irregular intervals, David explains the events of that chilly Tuesday night that are still fresh in his mind.

After the firing, there was a long eerie silence. No one had any idea of what to do first.

For four months, David lay on his stomach as he received treatment at the Kitale District Hospital. It has been a big challenge for him to make ends meet for the now extended family given that he had to take his deceased brother’s children in. His brother had 12 children.

“I call on the government to support me so that I can initiate an income-generating activity and fend for this family,” he appealed.

Four of his children are in secondary schools besides three left behind by his late brother and raising school fees for them is an uphill task for the peasant farmer, who owns half an acre.

Members of the clergy have been offering psycho-social support such as counselling and food donations to the victims from time to time.

Tips to double your Business Leads and Conversions

Leads are people who are interested in your products or services, which means they are likely to become customers and ambassadors to your brand. 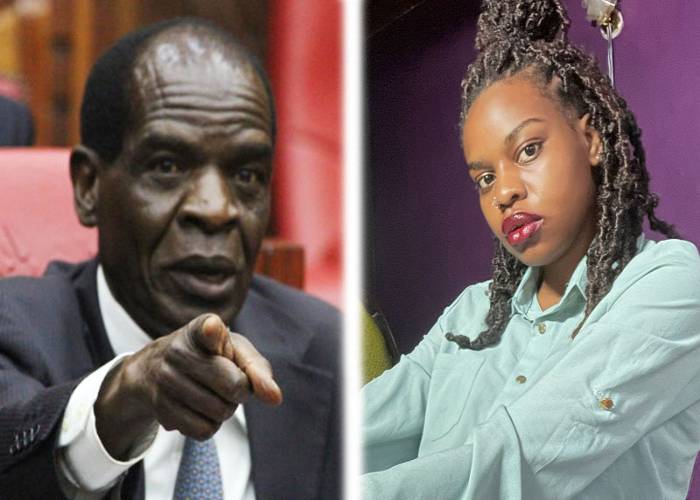 By Caleb Atemi | 4 hours ago

Prof Davy Koech: Sleeping hungry, studying in a rural school and ending up in Harvard