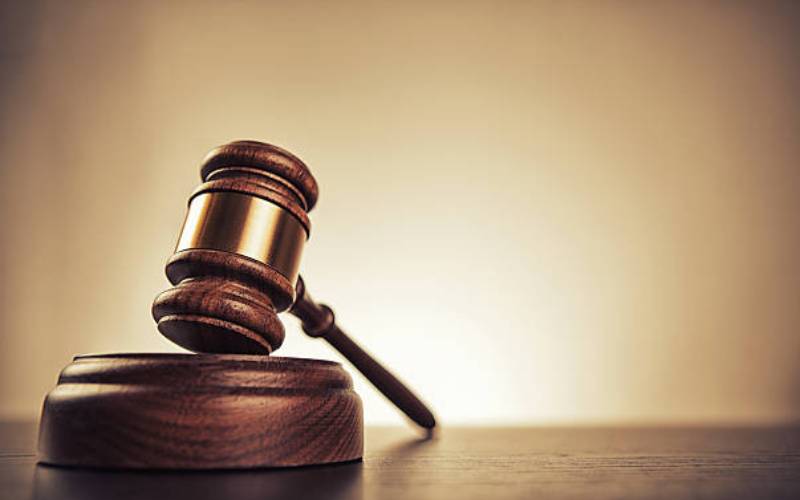 A pilot was yesterday charged with obtaining Sh1.6 million by pretending he was in a position to lease a football field at Kilimani Primary School in Nairobi.

Abdikadir Abbas Sugow, who appeared before Milimani Chief Magistrate Wendy Kagendo, is said to have committed the offence on diverse dates, between June 1, 2020, and August 30, 2020, in Westlands sub-county, Nairobi, jointly with others who were not before the court.

Sugow was reported to have illegally collected the money from one Margaret Delorme.

He faced another charge of forgery. The charge sheet indicated that on June 3, 2020, at an unknown place within the country, Sugow forged a lease agreement of a football field at Kilimani Primary School claiming it was a genuine lease agreement that had been signed and issued by the Ministry of Education.

Sugow who denied the two counts faced the third count, alongside two businessmen, of being in possession of handcuffs, property of disciplined forces.

The court heard that Sugow, together with Hussein Sheik Ali and Sadiq Hussein Mohammed were found with handcuffs on November 30, 2021, around 8.30 pm at Rubis Petrol Station along Ojijo Road in Westlands, Nairobi.

The defence team pleaded with the court to release the suspects on lenient bail terms. The lawyers told the court that the complainant filed the case after differing with the first accused over matters related to a relationship.

"Your honour, this is a matrimonial issue as the complainant is a lover or wife of the first accused and the whole truth will come out as the case progresses," said the defense.

The case will be mentioned on December 16 and the hearing will start on February 2.

A French court sentenced him to four years in prison in 2020, but he was never jailed