They made notable mark this year

The past 12 months have been grim, as the ravages of the novel coronavirus overran health facilities, wrecked lives and bankrupted institutions around the globe, leaving thousands dead and millions jobless.

The disruptive pandemic upended all of the government’s plans, but President Kenyatta found his footing and maintained his focus on the legacy he wants to leave behind. The president’s sole mission has been to give the city of Nairobi a new face, and he has also cast aside old political alliances and formations in his bid to sustain new connections. In the process he tore apart old bridges.

He has pushed forward with his agenda to change the constitution with the Building Bridges Initiative (BBI), setting the stage for a referendum which will ultimately lead to a constitutional change that will usher in a new governance structure.

The DP continued to chart his path towards 2022, but was increasingly pushed towards the fringes of Jubilee Party.

For his Hustler Movement -- criticised as encouraging tokenism in the society -- Ruto has been called the wheelbarrow man. He has been drifting and seeking a constituency among the jobless millions and the economically disenfranchised youth. As the clock ticks towards 2022 and politics get even murkier, his every move will be closely monitored. It does not matter whether he opposes the referendum or supports it, the spotlight has been turned on him, and he remains one of the politicians engaging the minds and lips of Kenyans.

Despite losing his quest for State House in 2017, Raila has doggedly refused to be confined to political dustbin. Courtesy of his 2018 handshake with President Kenyatta, the ODM leader is now an equal partner in BBI and can open any door to a government office. He has suffered some setbacks such as the loss of the Msambweni by-election, but has gotten his wish in the BBI, which is now headed to a referendum.

2020 was Kenya’s 14th Chief Justice David Maraga’s final year in office, and he left with his head held high.

Maraga did not have the easiest tenure. He has spent much of his term in office after the 2017 elections quarreling with the Executive over budget cuts to the Judiciary and the appointment of some 41 judges.

In September, Maraga stirred a hornets’ nest when he advised President Kenyatta to dissolve Parliament because of the lawmakers’ failure to pass gender parity laws as envisaged in the constitution.

All eyes are on him as he attempts to fill the giant shoes left by the founding CEO Michael Joseph and his predecessor, the late Bob Collymore.

The two business titans shaped the telco into a Sh1.2 trillion corporate behemoth.

One of Ndegwa’s biggest challenges is that he took over the reins in the middle of a pandemic.

Ndegwa’s vision for the telco is to propel it beyond Kenya’s boundaries, and to a broader technology company crucial to sectors such as agriculture, health and education.

This year has been defining for Amoth, the acting director-general for Health who was thrust in the spotlight by the coronavirus pandemic to provide leadership at Afya House in one of the most unprecedented times.

The medic, who always flanks Health CS Mutahi Kagwe, earned the admiration of Kenyans and the world. He was a breath of fresh air, reassuring of the normal in an abnormal time and a welcome appointment away from the blundering public servants.

He was also appointed as vice president of the WHO Executive Board.

The impetus for most new inventions and innovations is a need, and when Kenya stressed over a need for ventilators amid a rising number of coronavirus infections, a team of students from Kenyatta University stepped up and developed a mechanical ventilator using locally available material.

For their efforts, the 15 students were collectively named the 2020 UN in Kenya Persons of the Year.

If there is anyone who can claim to have benefited from the coronavirus lockdowns, it is Elsa.

On social media, Elsa might just be the most recognisable Kenyan. Hers is perhaps the only success that could be described as occurring overnight. At one moment, she was the 19-year-old Strathmore University student and comedian and then her comedy act - monologues recorded on her phone with sunglasses propped on her face as she crunched crisps - blew up. Suddenly, Elsa was on The Guardian, Forbes, New York Times, Buzzfeed, Vogue and Allure. She even got to curate her own playlist on Apple Music. The success got her on everyone’s lips from Usain Bolt, Chrissy Teigen, Anderson Cooper and Steve Harvey. She even met Naomi Campbell in Nairobi and interviewed a host of other celebrities for her Instagram series. She has also won the Nickelodeon People’s Choice Awards.

The Harambee Stars and former Gor Mahia striker is having a field day in Japan where he is playing for Kashiwa Reysol in the J1 league. Olunga’s exploits in 2020 have earned him the MVP and the Golden Boot. He scored 28 goals in 32 appearances for the club.

Though the 26-year-old striker didn’t feature much for the national team Harambee Stars due to the pandemic’s restrictions, he defied the odds to write another chapter in his glory-laden career when he became the first African to claim the Most Valuable Player.

Olunga was in the form of his life, scoring in almost all the 34 league matches that helped Kashiwa finish seventh (52 points) on their return to the topflight league. His impressive performance didn’t go unnoticed. His success has gotten the attention of FIFA which, in its review of the 2020 footballing year, listed Olunga among the little-known hotshots who’ve had a memorable year.

Barclays becomes Absa after a century in Kenya 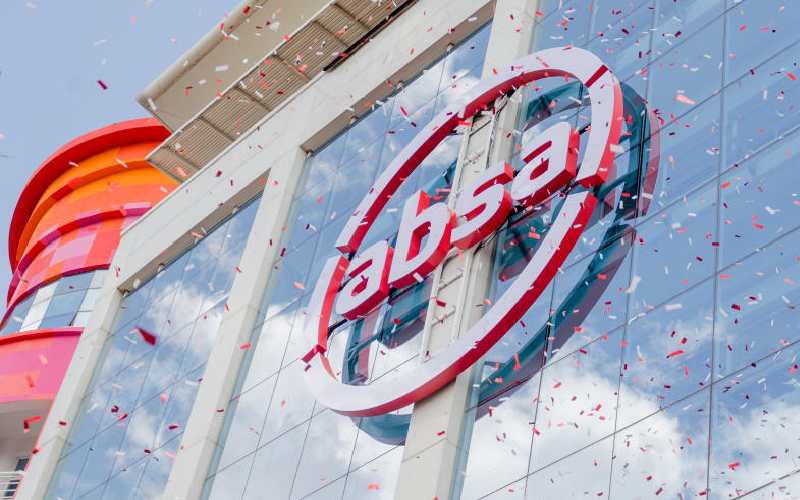 Absa Kenya completed a rebrand from Barclays Kenya in February, marking the end of an era for the bank that started operations in the country 104 years ago.

The move was a culmination of the lender’s re-organisation following an agreement by UK banking giant Barclays Plc to sell its controlling stake in Barclays Group Africa in 2017 to Absa Group of South Africa.

It had given Absa three years to transition from the Barclays brand. In addition to adoption of a new brand, the transition included gradual replacement of services, including the operational and information technology as well as data migration.

Locally, the bank spent Sh1.7 billion in 2019 in rebranding to Absa.

This was one of the hottest deals this year, ushering in the creation of a fully Kenyan-owned industrial gas giant.

Listed Carbacid Investments in a venture with Aksaya Investments placed a Sh1.2 billion takeover bid for 100 per cent shares of BOC Kenya.

Foreign based BOC holdings is pursuing strategic market exits such as the one currently at play in Kenya and Carbacid was able to raise domestic capital and snap up the deal.

A star-studded field of athletes head to Ol Kalau, Nyahururu County for the third ledg of Athletics Kenya Cross Country series on...