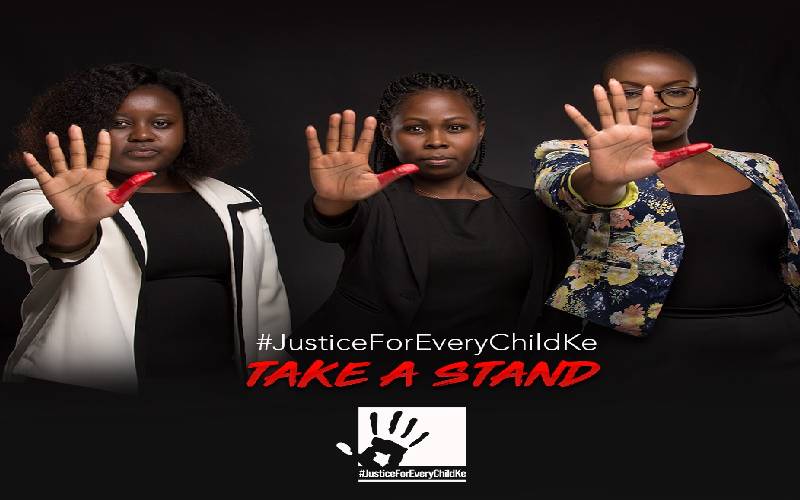 Justice for Every Child Kenya (JFEKe), a youth lobby group, has called on President Uhuru Kenyatta to put in place measures aimed at cushioning vulnerable children against the impacts of Covid-19.

In a letter written to President Uhuru and copied to relevant ministries and agencies on Saturday, the group called for fair sharing of Covid-19 resources to decelerate poverty-driven inequalities among underprivileged children.

“Based on our collective experience serving children, our focus is on safeguarding their fundamental rights as well as access to justice despite the challenges presented by this pandemic,” reads part of the letter.

The lobby also called for concerted efforts to prevent and respond to rising sexual and gender-based violence cases being reported during the pandemic.

The lobby has asked the government to operationalise toll-free lines for anonymous reporting of cases of gender-based violence as well as establishing fully-resourced gender desks in police stations manned by officers specially trained on the protocols involved in handling such cases.

“We recognise that safe and productive centres are a core service within the prevention of, protection from, and response to sexual and gender-based violence to provide a conducive environment for recovery and resilience,” states the letter.

“Urgently address the need for functioning safe houses for survivors by expanding the capacity and resourcing of existing ones, and establish new ones in every county.”

On education, the lobby group proposed a partnership between the government and community-based organisations to accelerate the achievement of 100 per cent school transitions.

While noting that teenage pregnancy is curtailing access to education, JFECKe wants the government to develop and implement comprehensive school withdrawal, tracking, re-entry, and retention mechanism for teenage mothers through on-school social support.

According to a recent estimate by Save the Children Fund, approximately 10 million children worldwide may not go back to school post this pandemic in what it termed as a ‘hidden education emergency’.

The group cited the shooting and killing of Yasin Moyo, a 13-year-old boy by police enforcing curfew while standing on the balcony of their flat in the sprawling Kiamaiko estate in Nairobi in March.

The perpetrator has since been arrested and charged after the public piled pressure on the Independent Policing Oversight Authority - the body mandated to check on the excesses of the police -to take action against the officer.

The lobby also wants the Coroners Service Act, signed into law in 2017 to be implemented to expedite independent investigations and determination of causes of reported unnatural deaths, such as extrajudicial killings.

“An Independent National Coroner Service is integral in ensuring that investigations into alleged cases of police brutality are free from interference and intimidations and are carried out in the best interest of justice,” read the report.

On accountability, the manifesto proposes the creation of a dedicated Covid-19 public accountability portal with consolidated financial information detailing the expenditure of funds set aside to fight the virus.

While speaking to Standard Digital on phone, Winnie Nyandiga, the Regional Organiser of East Africa at the 100 million campaign and the Convener of Justice for Every Child Kenya expressed her optimism that President Uhuru as the ultimate decision-maker will implement some of the issues raised in their report.

“We hope President Uhuru will heed to our call to protect our children from the devastating impacts of Covid-19. We cannot surrender the future of our children and the next generation to fate,” she said.

Ms Nyandiga said their hope is to push those in government to do what is necessary for the vulnerable group in the face of the pandemic.

She said the government must priorities the vulnerable group and ensure funds meant for the group are accounted for.

“What are their priorities as other people become Covi-19 billionaires at the expense of the vulnerable group mostly children?” posed Ms Nyandinga.

She said the lobby will continue pushing for accountability from the relevant government agencies and hinted at going to court if that will compel them to act in the interest of vulnerable children.