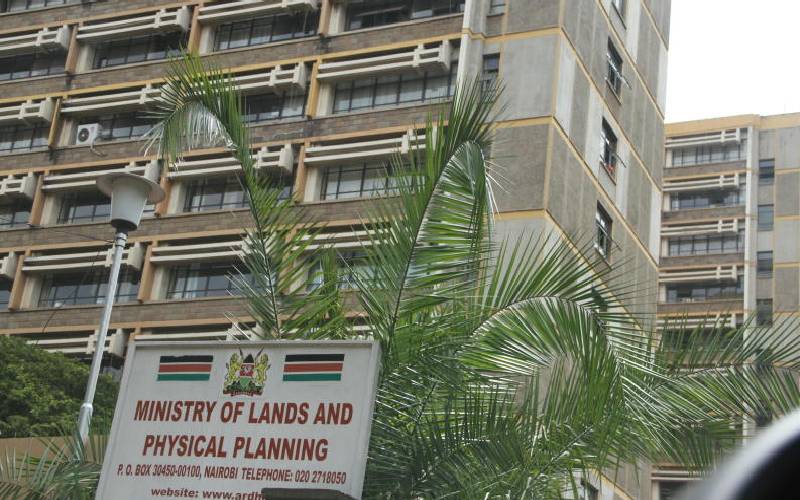 A tycoon has been ordered to pay back Sh1.8 billion that his company received as compensation for the compulsory acquisition of land in Mombasa.

On Thursday, the High Court in Mombasa revealed how the National Land Commission (NLC) bungled land pay claims during construction of the Standard Gauge Railway.

The court found that a firm owned by Mohamed Jaffar – Miritini Free Port Ltd – irregularly received the money in December 2015.

"It is therefore clear the NLC paid part of the compensation money to a wrong party either knowingly or inadvertently. The amount alleged already paid to interested party is said to be Sh1,475,486,485 plus a further interruption amount of Sh360 million," ruled Justice Eric Ogola.

Justice Ogola said the NLC has powers to issue a notice to recover money erroneously paid for land that does not belong to an individual or a company.

The judge had earlier found that the petitioners, who are squatters, were originally allocated plots number MN/VI/3912 and MN/VI/3913 by the government in 1996 as compensation after being evicted from the Sheikh Sayed Children Centre in Bombolulu.

The Commissioner of Land later cancelled their survey plan without informing them or obtaining their consent, consolidated the two plots into plot number MN/VI/4688 and allocated to Miqdad Enterprises, which sold it to Miritini Free Port Ltd.

The same plot was later consolidated into plot number MN/VI/4805, which the petitioners considered a violation of their rights.

Justice Ogola had also noted that the NLC had been aware of the petitioners' claims to the land yet it went ahead with the acquisition without giving regard to their interests.

"This court is at a loss at the conduct of the National Land Commission. Having unlawfully, and whether by mistake or otherwise, paid Miritini Free Port compensation money which is rightfully due to the squatters, the NLC has not taken steps to recover the said compensation money unlawfully paid," said the judge.

Miritini Free Port joined the lawsuit in February as an interested party after the judged issued a verdict in another petition where he found that the rights of the squatters had been violated by the NLC after it blatantly disobeyed court orders issued by justices David Maraga and Mary Angawa in 2007.

Miritini Free Port petitioned Justice Ogola to review his earlier judgement in which he had found that the NLC had deprived the squatters of their right to own the two parcels of land.

The judge found that the Attorney General, and officials from both the Mombasa County Government and Ministry of Land had confirmed in letters filed in court that the land in dispute belonged to the squatters.

“The issues raised by the petitioner herein in the current motion filed on February 12 have been in court for a while now, and the contention has revolved around the ownership of the suit property. On September 10, 1996 this court by consent of parties in HC Misc Civil Application No 318 of 1996, having recognised the petitioners as the lawful allottees PDP Nos 32, 110, 112 and 121, ordered and directed that the said allotment be changed from industrial to residential use."

The judge noted that on November 16, 2005 the Commissioner of Land was ordered to issue a title deed for the land.

"Despite these orders, the Commissioner of Land continued to frustrate the squatters and in November 9, 2007 consolidated the two plots in dispute into one plot MN/VI/4688 and allocated it to Miritini Free Port by cancelling the earlier surveys."

The judge said that when the petitioners got wind their plots had been allocated to somebody else, they filed a case against the Commissioner of Land. The matter dragged in court until 2018 when they filed a constitutional petition and successfully litigated the case.

Following the judgement that the squatters were the rightful owners of the land, Miritini Free Port applied to have the decision reviewed on grounds that it was res judicata, meaning the matter had been previously decided and should not be subject to litigation again between the same parties.

But Justice Ogola found that there was no need to review his judgement because there was enough evidence that the land was acquired by Miritini Free Port fraudulently.

"It is clear that Miqdad Enterprises had no allotment letter in the first place for plot numbers 3912 and 3913 respectively whereas the National Land Commission had earlier acknowledged on September 22, 2014 that the two plots were ready for compensation.

"Interestingly, the NLC in a letter dated December 1, 2015 Reference NLC/Chairman/Vol/XII/275 indicated that 'Miritini Free Port Ltd purchased plot No MN/VI/4688 from Miqdad Enterprises who were in possession of an allotment letter'," said the judge.

The judge said whereas the NLC had earlier acknowledged that compensation for plots number 3912 and 3913 was due, it was illogical and an injustice how plot MN/VI/4805 was due for determination for review without including the petitioners' views.

The judge said in his judgement of November 12, last year, he found that the purported registration of grant to Miqdad Enterprises "was in stark disobedience of court orders that had been issued earlier".

Ogola pointed out that Miritini Free Port was literally fighting against the judgement in question because it knew the end product of the decision made by this court was in favour of the squatters.

He said the application by Miritini Free Port to have the judgement overturned on the grounds of res judicata was an attempt to avoid refunding the Sh1.8 billion.

"I have found that the principle of res judicata is not available to this applicant in this matter. However, in my view, even if that principle was available, it would not be used to shield what appears to be an illegal or unprocedural transaction.

"Further, it is the view of this court that if the application for review succeeded it would create unprecedented legal absurdity where the court process is used to deprive a citizen of accrued property rights under the guise of the res judicata principle involving a case where the applicant herein was not a party," said Ogola.

The judge therefore dismissed the application for review of his judgement and ordered the petitioners to pay costs.