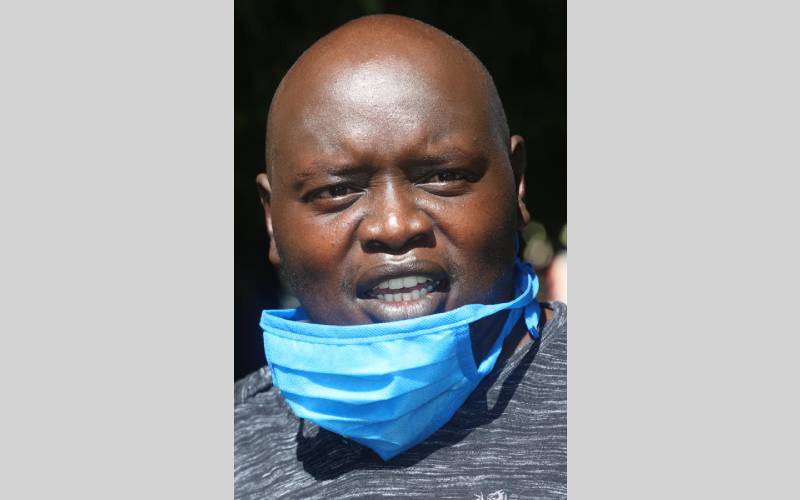 The Office of the Director of Public Prosecutions (ODPP) and the Ethics and Anti-Corruption Commission (EACC) have opposed plans to be excluded as members of the Proceeds of Crime and Money Laundering Act.

“The amendments being sought are meant to avoid future legal challenges in investigation and prosecution of corruption cases and avoid malicious cases. The Asset Recovery Agency should carry out orders under executive powers,” he said.

However, it is not a must that the defendant be convicted of corruption for the recovery to happen. As long as the courts are convinced that the money or other assets are derived from a corrupt conduct, it becomes the property of Kenyans as the burden of proof is on the defendant.

If the suspect cannot provide sufficient proof, then it is presumed that the property was acquired through corruption and it is surrendered to the people of Kenya as was the case with suspended National Land Commission officials who lost Sh18 million.

Cherargei said the team did not want to find itself in legal landmines by having clarity in their roles and that the reason behind the formation of the multi-agency team was to synchronise the fight on organised crime, human trafficking and economic crimes.

Officials said the team chaired by Attorney General Paul Kihara had proposed amendments to the corruption laws for a single legislation.

The argument advanced is that the Asset Recovery Agency is domiciled at the AG'soffice, whose main mandate after the promulgation of the 2010 Constitution was policy and advisory.

With a workforce of 10 staff, including one lawyer and five officers from the Directorate of Criminal Investigations, the recovery agency wants to solely discharge the function of recovery, when economic crimes now lie with the ODPP and EACC.

“Ours was to have a harmonised way of tackling this menace. We can't be having ARA doing its job separately from other agencies like the EACC who are the main players in this game,” said an official aware of the developments.

But ARA boss Muthoni Kimani argues that the agency was the only one authorised to recover all proceeds of crime and not the EACC, whose mandate was limited to corruption and bribery.

“The proposed amendment to Section 2 of the Proceeds of Crime and Money Laundering Act to include officers from the EACC as authorised officers under POCAMLA is beyond the mandate of EACC and can be challenged in a court of law. The EACC should review its cases and if it identifies any gap in procedure, propose amendments to its legislation and not POCAMLA and any other law outside their mandate.”

Yesterday, Ms Kimani said they were not engaged in any turf war with the DPP and EACC, instead arguing that they differed in legal opinion.

“The beauty of legal matters is that you can oppose without necessarily fighting. I gave my recommendation upon the request by the former National Assembly Majority Leader Aden Duale,” she disclosed.

“We are yet to discuss this matter as the multi-agency team. I gave my comments as head of ARA. As stakeholders we were not consulted earlier and that's the reason behind the push to allow for proper and exhaustive consultations,” she said of her decision to oppose the inclusion of the DPP and EACC in the crime and money laundering Act.

Kimani defended the decision to write to the Majority Leader Amos Kimunya on the matter, seeking to suspend determination on proposed changes to eight graft laws.

She revealed that all members of the multi-agency team gave their recommendation based on the proposal submitted by the DPP and EACC.

"We are humbly requesting the National Assembly to isolate and shelve the eight amendments as you progress with the rest of the Bill pending the outcome of the consultations," reads the letter to Kimunya, which was also copied to the clerk, Michael Sialai, and Solicitor General Kennedy Ogeto.

The commission has recovered, both in cash and immovable property worth over Sh17 billion, since 2015.

Taking cognizance of the slow judicial process, the commission has intensified Alternative Dispute Resolution (ADR) mechanisms for the recovery of corruptly acquired assets and/or unexplained wealth through which 15 cases worth Sh2,856,117,863 have been concluded.

Currently, the commission has more than 100 ongoing asset tracing investigations and has instituted 418 civil cases for recovery of corruptly acquired assets and/or unexplained wealth.

POCAMLA creates institutions to coordinate and help in the realisation of its aims and objectives, including asset recovery. One of these is ARA with the role of tracing, confiscating, executing court orders and basically recovering any property that has been declared as proceeds of crime.