Kibaki is not in hospital, says his aide 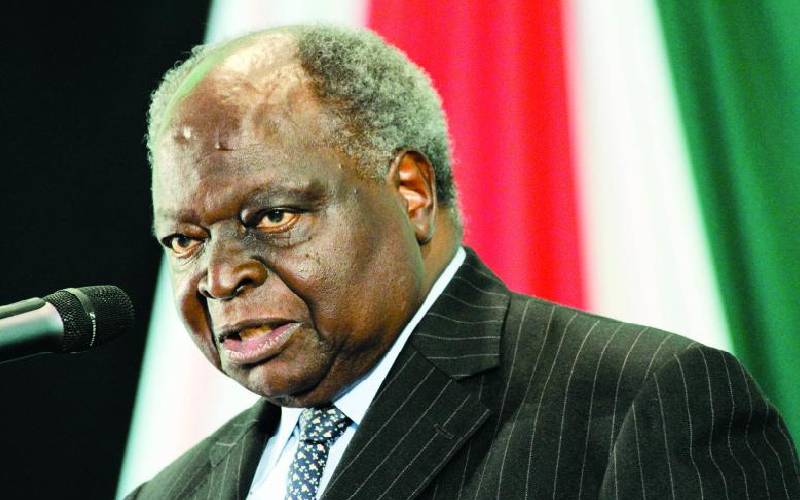 Retired President Mwai Kibaki's aide has dismissed talk that the former Head of State is admitted to hospital.

Kibaki’s Private Secretary Ngari Gituku told The Standard that while the former president had recently visited a hospital in Nairobi, it was for routine check-up that did not require his admission.

Mr Gituku termed media reports indicating that Kibaki (pictured) has been in hospital for 10 days as a “gross exaggeration, hollow and baseless”.

On the contrary, he said, the retired president had visited the health facility “more like just passing-by” where he was attended to and retreated home.

Annual health check-ups can save many lives

Annual health check-ups can save many lives

“I am reading some quarters saying that he has been in hospital for 10 days. That is far-fetched. It is completely hollow and far from the truth. I think it is time as Kenyans we also stopped being too intrusive on some of these things that are private, especially one’s health,” Gituku said.

The aide said much should not be read when a VIP visits hospital.

“It is normal and a routine thing for all of us to go to hospital, and so is the case with His Excellency. We should not make it like it is abnormal. But on talk that he is admitted and has been there for 10 days that is gross exaggeration. He visited the hospital and went home,” Gituku said.

Kibaki has been having a knee problem that has seen him visit hospitals for checks since 2002 when he was involved in an accident in Machakos as he campaigned for his election. He was elected for his first term while still on a wheelchair, and has since battled with the leg problem.

Family reveals why Raila will not be coming home soon