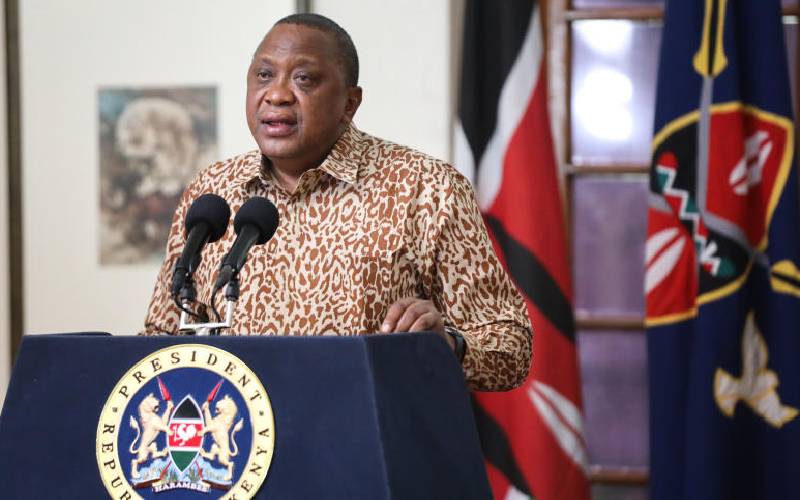 President Uhuru Kenyatta (pictured) has sent a message of congratulations and best wishes to the President-Elect of the Republic of Burundi Major General (Rtd) Evariste Ndayishimiye.
On Thursday, 4th June 2020, Burundi's Constitutional Court upheld President-Elect Ndayishimiye's win of the Presidential elections held on May 20, 2020.
In his message, President Kenyatta also congratulated the ruling CNDD-FDD Party for the emphatic win.
“On behalf of the people of Kenya, I congratulate the People of Burundi and the National Council for the Defense of Democracy–Forces for the Defense of Democracy (CNDD–FDD) Party under Your Excellency Major General (Rt) Evariste Ndayishimiye leadership for winning the Presidential elections held on 20th May 2020," President Kenyatta wrote.
"During this historic moment, we believe that it’s time to unite the Republic of Burundi and move forward, underpinned by the interests of the people and nationhood," he added.
The Head of State assured the new Burundi leader of Kenya's continued support of his country as a true and valued development partner.
"Kenya stands with Your Excellency as a partner, a friend and neighbour ,as you take Burundi to greater heights,” President Kenyatta assured the President-Elect.