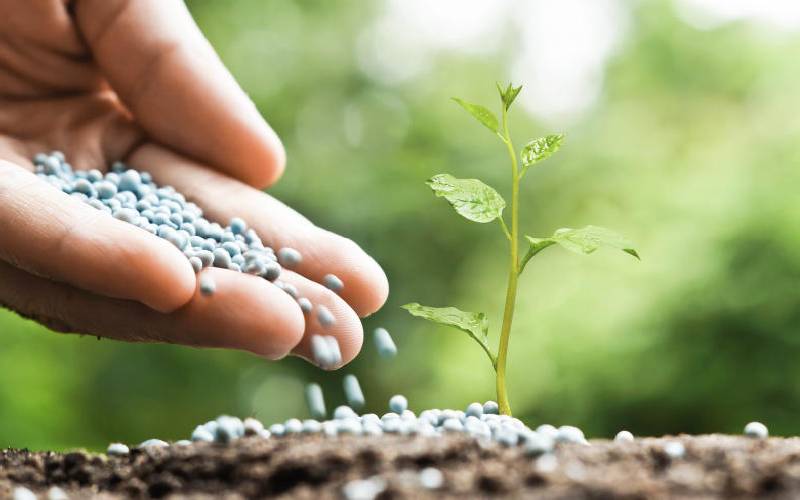 The Government needs to create awareness on communities’ key role in conservation of natural resources, as more than 70 per cent of the biodiversity is outside protected areas.

This was a conclusion at a Webinar to mark World Environment Day yesterday. The webinar attended by more than 100 participants from different giant stakeholder organisations, called for joint efforts to ensure nature was allowed to breathe and give back, especially to humans.

“Over 25,000 animal and 7,000 plant species have been recorded in Kenya. Conversion and modification of land space through clearing of their habitats is a huge contributor to the decline of these species,” Ben Opaa, the National Lands Commission Director, said in his presentation.

He called for awareness creation among indigenous communities to at least know the economic value of nature as a motivation to consciously use natural resources sustainably.

Once upon a poop, now cheaper odourless makaa

Why it’s urgent to restore and reclaim our environment

The virtual seminar also outlined and expounded the several threats to biodiversity, including inappropriate agriculture that has led to loss of soil and reduced water quality and flow, deforestation in the upper catchment areas, illegal logging and abstractions of surface and groundwater by users. Invasion of riparian areas and weak institutions were also found to be a threat to nature’s well-being.

These were also directly linked to climate change and the ensuing disasters, some which have been witnessed in Kenya as recently as last month in Rift Valley, the western and coastal regions, with deaths of at least 300 people and displacement of thousands. “The more we continue to destroy natural resources the more we exacerbate climate crisis, and the more we delay to tackle the climate crisis, the more we sufferer,” said the PACJA Executive Director Mithika Mwenda.

Dr Mwenda called for implementation of laws that stipulate handling of environment and mitigation as well as adaptation to climate change.

This was echoed by David Ombisi of UNEP, who added that knowing the value of natural resources would motivate Kenyans to act and ask national and county governments to implement environmental laws and do their part in conservation.

“Our human life is dependent on nature, and abusing it is digging a grave for ourselves,” said Mr Ombisi.

Kiunga Kareko, the Forests Programme Manager at WWF, which convened the webinar jointly with PACJA, said: “Nature is not just something nice to have. We have to take care of it. The curve representing species lost so far needs to be bent, not flattened. We need to save nature”.

The species affected most were said to be the ones that were outside protected forests, national reserves or waters. This was attributed to human attitude towards the likes of lizards and snakes, flies and some insects, even though their contribution in the ecosystem was huge.

“Plants, animals, fungi and bacteria, all that is biodiversity must be discussed together with ecosystems and in totality. Plants and animals give us everything from food to medicine and contribute to important ecosystem benefits. Bees, earthworms, creeks and bacteria play roles that humans may never be able to pay for,” said Mr Opaa.

Anne Tek from the Council of Governors highlighted the role of devolved units in conservation and civic education on the same. “Most of our counties are rich in biodiversity and have several legal frameworks, supported by the Constitution of Kenya, on protecting the resources. County governments are mandated to conserve these resources,” said Ms Tek, adding that partnership between government and nongovernmental stakeholders was key in achieving the necessary attention for nature.

Dr Joseph Indo of Kwale County said partnership was key in developing strategies that would ensure natural resources were treated well, and enabled to give back to humans. “With partnerships we can develop legislations to guard resources and build capacity for biodiversity investment, and for fast-tracking of benefit sharing mechanism development,” he said.

Chelimo Suter of Elgeyo Marakwet County called for allocation in national and county budgets for awareness creation on conservation of biodiversity.

And with biodiversity directly linked to President Uhuru Kenyatta’s Big Four agenda, the government was called upon to ensure implementation of existing laws that support the well-being of natural resources that are key to the county’s climate. “Biodiversity resources are fundamental for food security, manufacturing, health and housing. Kenya is blessed with very good weather patterns that can ensure achievement of all these, but everyone has to do their part,” said Dr John Okello of IRCK.

Several other speakers called for the remodelling of agriculture to encourage conservation-friendly practices.

he Kenya Platform on Climate Governance’s Meryne Warah, Salina Sanou and Charles Mwangi of PACJA as well as COG’s Maureen Mutai all called for involvement of all, youth, women and people living with disabilities, as private and government sectors, to help embrace indigenous knowledge and implementation of laws for the sake of forests, grasslands, savannah, wetlands, mountains, creeks, rocks, mangroves and creatures that occupy them.

The world Environment Day is marked every June 5. The webinar was themed “A time for nature”; a focus on nature’s role in provision of essential infrastructure that supports life on earth and human development”.

By Jacinta Mutura | 19 hours ago