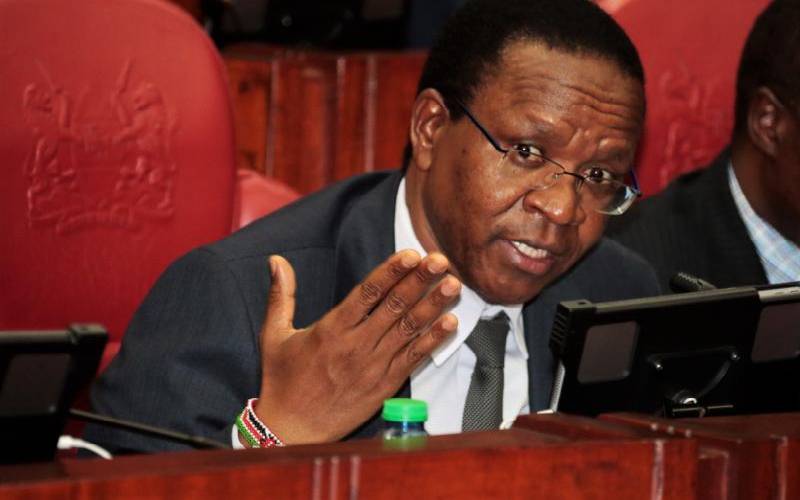 This year’s Madaraka Day celebrations on June 1 will be marked virtually following the ban on gatherings due to the coronavirus. Interior PS Karanja Kibicho (pictured) said the celebrations will be streamed through all media houses and social media platforms. The celebrations are set to run from 8am on Monday and will culminate in a live address by President Uhuru Kenyatta from State House, Nairobi.

“The Madaraka Day Production will be packed with entertainment and documentaries highlighting our culture and development milestones as a great nation,” said Kibicho in a circular to all regional commissioners. The commissioners are required to ensure no gatherings are held during the occasion that was to be hosted in Kisii town this year. “This is therefore to ask you to advise the public to remain at home and follow the celebrations on radio and television,” the notice states. Kibicho feared the prevailing Covid-19 situation in Kenya and the world birthed a new order of doing things. The Kisii County Government had been renovating major installations including the Gusii Stadium ahead of the event.

Governor James Ongwae said major roads and streets in Kisii town were also being re-carpeted and street lighting improved ahead of the celebrations. In 2015, Kenyatta ordered that two out of Kenya’s three national holidays: Madaraka Day, Mashujaa Day and Jamhuri Day be hosted on a rotational basis by counties outside Nairobi. Madaraka commemorates the day in 1963 that Kenya attained independent self-governance after decades as a British colonial entity.