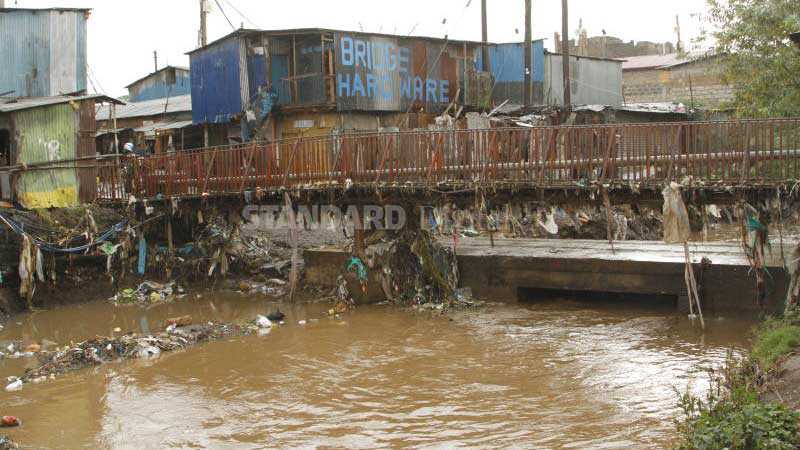 A body of an infant was Monday evening found during the ongoing clean-up of Nairobi River in Korogocho area.

The discovery brings to 19 the number of bodies retrieved from the river since Governor Mike Sonko launched the Nairobi River cleanup exercise early last year.

So far, bodies of 14 infants and five adults have been retrieved from the river.

Officials termed the discoveries alarming and urged for action to stop the trend. This is because most of the bodies are those of infants.

Factories spew industrial waste into the rivers, while dozens of informal settlements with no proper sewage system or trash removal fill them with garbage and human waste.

Sonko announced the latest in a string of clean-up operations over the past two decades in May 2018, however it began in earnest in early 2019. There have been past efforts to clean the river.

"These numbers of dead bodies retrieved from rivers are worrying. We have called on the police to investigate these cases. Who are the people behind these senseless killings," he said.

He vowed to ensure no more dumping into the river.

The chairman of Komb-Green Solutions which is assisting in the cleanup Fredrick Okinda, blamed illegal clinics performing abortions for some of the bodies found. He said some appeared to be foetuses.

Abortion is illegal in Kenya unless the life of the woman is in danger.

“Some of the babies appeared to have been thrown after being born", said Okinda.

His organisation had buried some of the babies next to the river.

Sonko said he will ensure the river is cleaned to have clean flowing water.

“We urge factories and individuals that are behind this dirt in the river to stop the practice.”

Death toll from the collapsed Huruma building rises to 51

Preparing for Elnino; counties to be affected

The reluctant removal of interest rate caps last year leaves banks with few excuses for refusing to lend to SMEs.