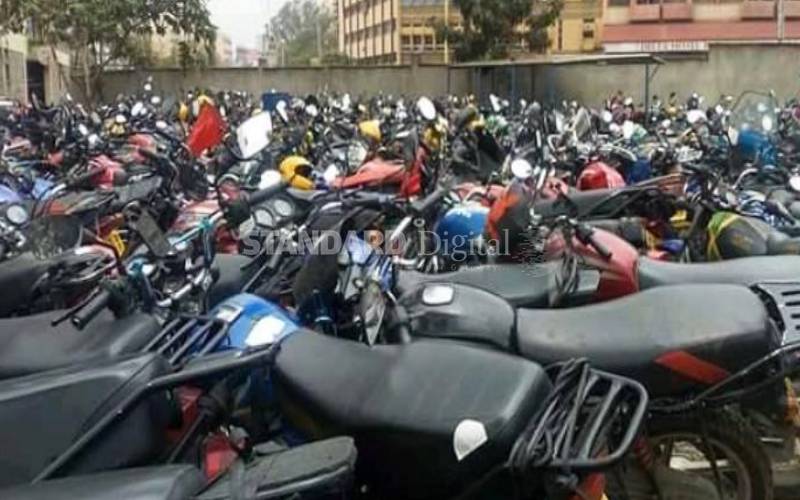 A boda boda rider who is said to have raped a Spanish journalist in Parklands on November 6 last year before allegedly robbing her of Sh16,000 has been arrested.
For more than 127 days, Dennis Wekesa changed his mobile telephone number and employer.
He had eluded the police but on Thursday night the long arm of the law caught him.
According to the Directorate of Criminal Investigations (DCI),  victim LMB, aged 23, had requested a boda boda through an app.
She wanted to go to Kileleshwa from Parklands.
The rider picked her from Parklands and they left via Siaya Road.
However, along the way, the rider attacked her and left her before riding away.
The woman is also said to have lost her mobile phone during the incident.
She was taken to Aga Khan Hospital where she was treated and discharged.
The matter was later reported to the police and investigations launched.
The following morning at 9.34am, the woman received an email from Bolt indicating that the trip had cost Sh200 and that the rider was Dennis.
Investigations revealed that the suspect was Dennis Wekesa.
After the incident, the suspect changed his phone number and joined another taxi company. He also acquired a new motorcycle.
He is expected in court on Monday.

In its 2019 report, The National Crime Research Centre, a State Corporation, says boda boda riders accounted for 52.9 per cent of robbery with violence across the country while 67 per cent out of the overall crimes committed by the the sector, took part in stealing.

The report also says boda boda riders also accounted for 38 per cent of murders . It further says 26.2 per cent of the operators were involved in kidnappings and abductions and 76.7  per cent in stealing.

A number of security officials told the The Standard that many criminals have found a safe haven in the boda boda trade.

Kenya was ranked 86 out of the 117 countries reviewed.

By Hudson Gumbihi | 15 hours ago