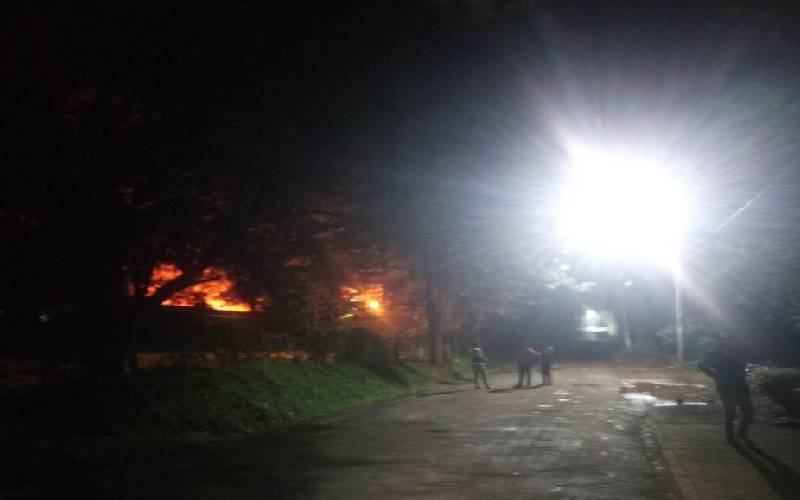 Transport was paralysed along State House and Valley Roads on Monday evening after the University of Nairobi (UoN) students went on the rampage to protest the killing of a colleague.

The students took to the streets a few minutes before 7pm to protest the killing of one Kyte Ondeng', who is alleged to have been abducted outside the Main campus by unknown assailants on Wednesday March 4, before his body was found at the Kenyatta National Hospital.

Other sources from the university indicated that Ondeng was abducted and beaten up by hitmen on Wednesday and left for dead at the Central Park.

“He was beaten by known goons before being dragged to Central Park and left to die,” a student told the Standard Digital.

On Monday eveing, the students are reported to have carried the body to Chiromo mortuary before proceeding to torch the university's custodian’s office minutes later, prompting the management to call  in the riot police.

The enraged students stormed out of the hostels in their numbers and engaged riot police officers in running battles on State House Road and Valley Road for the better part of Monday eveing.

Motorist were forced to avoid the affected roads around the institution leading traffic gridlock in the city as students engaged the police into the night.

Elsewhere, Meru National Polytechnic was closed indefinitely following students riot over the killing of one of their colleague.

The angry students destroyed property worth millions of money to protest the death of their colleague who is alleged to have been killed by a Bodaboda rider on March 8, 2020.