Stopping flights from China would be discriminatory- Health Ministry 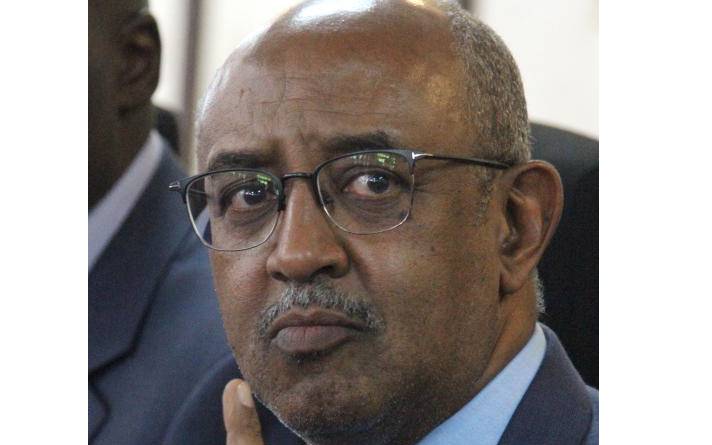 Imposing a ban on flights from China due to the spread of Coronavirus would be discriminatory, Health Chief Administrative Secretary Dr Rashid Aman has said. While updating the state of the country’s preparedness to avoid an influx of COVID-19 into the country, the CAS (pictured) argued that the virus had spread to several other countries and therefore focusing only on flights from China would not be effective. “I think that is a discriminatory approach given how the virus is spreading in many different countries. It doesn’t mean that if somebody is coming from China then he or she has the virus,” he said while responding to questions fielded by reporters.

Earlier in the day, Foreign Affairs Cabinet Secretary Raychelle Omamo was taken to task over an incident in which China Southern Airlines plane touched down at JKIA with 239 passengers on board from China. Omamo told the committee that the State undertook the required World Health Organization safety guidelines in clearing the passengers after which they were ordered to self-quarantine for two weeks. However, the legislators lashed at her statements. They termed them sickening especially on the decision to let passengers leave on their own volition to self-quarantine. “Your answers are underwhelming and sickening, the government must be serious; we have locusts to fight, we can't fight coronavirus,” Belgut MP Nelson Koech told Omamo. According to CAS Rashid, the passengers who boarded Chinese airline plane included 198 Chinese of which 30 of them were on transit, 13 Kenyan nationals and the rest were crew members.

Rashid, who was accompanied by the Director-General in the Ministry of Health Dr Patrick Amoth maintained that the country had mounted adequate measures to prevent the entry of the disease in the country. He said that there is mandatory screening at the entry points in the country, and airlines had joined hands in conducting temperature screenings for all the passengers. The CAS also said that the airlines are sharing data on the traveling history of the passengers for their tracking, advise and monitoring after they have landed in the country. The Ministry added that the country is now ranked among the topmost countries in Africa with the ability to test the virus. It said that there are two laboratories dedicated to the test- the National Influenza Centre and the Kemri Reference laboratories. The Ministry maintains no positive case has been noted of the 17 alerts the government has registered so far. At the press briefing, Dr Amoth stated various surveillance and mitigation measures the government has put in place to manage any probable cases. They include: