Babu Owino: Justice must be served to me 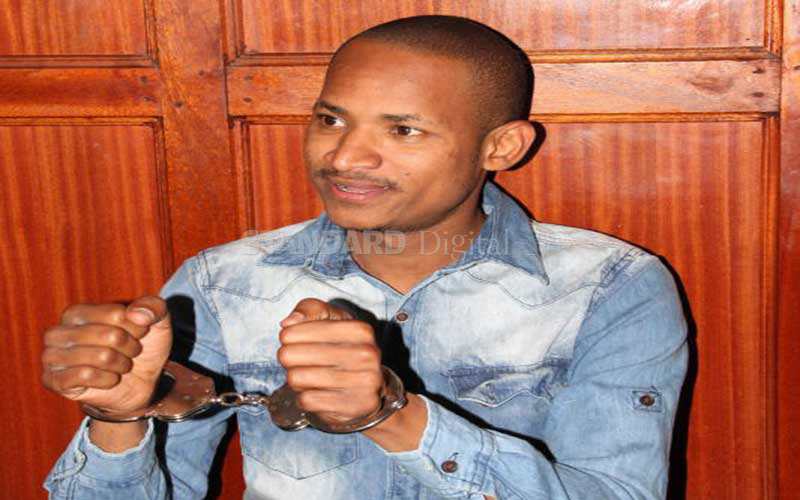 Embattled Embakasi East MP Babu Owino (pictured) has asked Kenyans to wait for his side of the story after a shooting incident at B Club in Milimani, Nairobi.

The MP is accused of attempted murder against Felix Orinda alias DJ Evolve in the Friday morning incident.

Babu who is currently remanded at Industrial Area Prison pending his bail application said justice must be served to him. He termed his misfortunes as “occupational hazards.”

I urge Kenyans to wait for my side of the story of what happened when I come from my new home at Industial area prison.I also need Justice and it must be served to me.Meanwhile these are occupational hazards.

Babu was today arraigned at Milimani Law Courts where he pleaded not guilty to attempted murder charges.

Chief Magistrate Francis Andayi ordered Babu be remanded for seven days so that they can prepare a bail report.

The legislator’s lawyer Cliff Ombeta opposed the prosecution’s plea to have Babu detained on grounds that he will interfere with witnesses.

The man believed to be Babu then draws his pistol and fires at the DJ.

The man shot is seen being dragged out by two other revellers.

It was reported that the MP rushed Orinda to the Nairobi Hospital where he underwent a surgery to remove a bullet lodged in his neck.

According to his close friends, the DJ is recuperating well.