Day in court for man with many names and more lawyers 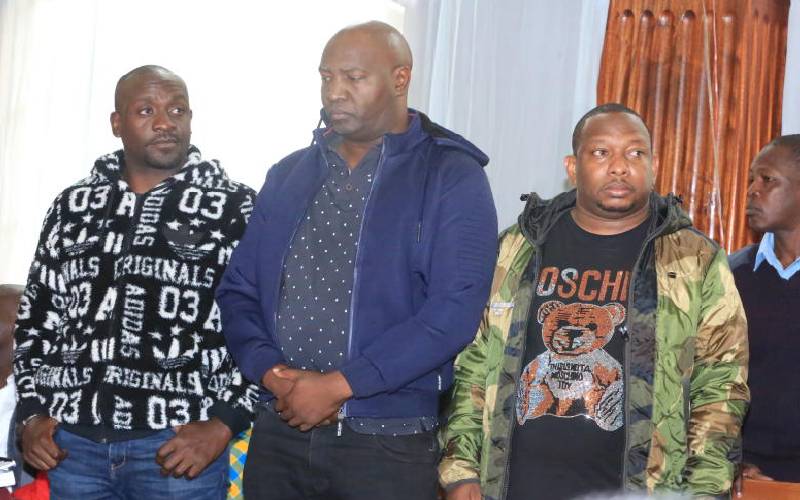 A battery of lawyers for a man with multiple names best describes Nairobi Governor Mike Mbuvi Sonko’s court appearance yesterday.  Sonko was brought to Milimani law courts at around 7.30am. Two hours later, he pleaded not guilty to graft charges. His supporters could not get through a cordon of armed police thrown around the court house in Upper Hill, Nairobi.

Sonko, had on Sunday, urged his supporters to carry on with their normal activities as he battles the charges levelled against him. “I call all my supporters and well-wishers to remain calm and stay at home or go to their usual places of work as I get processed to appear before the court of law. I am a law abiding citizen, and therefore ask my supporters to stay away from courts or any other activities that may threaten the peace,” the Nairobi governor’s statement read in part. However, the police did not take chances. Persons who could not identify the interest they had in the case were turned back. In the end, Sonko alongside his co-accused, was remanded until Wednesday when the court will determine whether they will be released on bail.