The Stowaway: The man who fell from sky 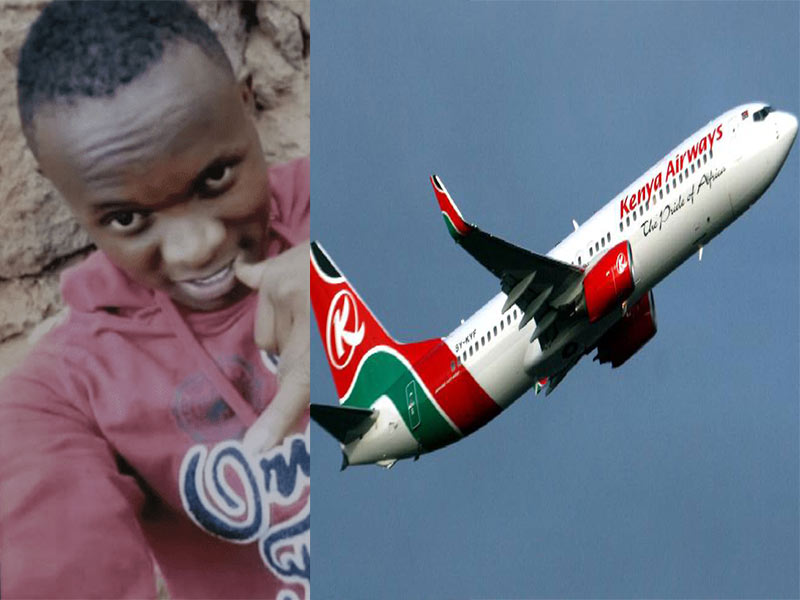 It was sunny and warm on June 30 as residents in South London finished their lunch and unwound on a leisurely Sunday afternoon. But the peace was shattered in Offerton Road with a terrifying thump. A man occupied a crater in one of the back gardens after falling through the sky for a kilometre. His lifeless frame had pulverised the concrete and mangled the lawn and he had barely missed a tenant on a sun-lounger. A witness said the man looked like a “block of ice”. The locals were shocked and puzzled. Did he have a name? Where did he come from? Was he a stowaway on a passenger plane? Had he risked his existence in a desperate attempt to improve it? Sky News has spent the last few months trying to determine the identity of this individual and we now believe he is a 29-year-old who worked as an airport cleaner in Kenya. His girlfriend said they had planned to start a family, but he made a decision that virtually guaranteed his demise.

Clapham Common in London is a tranquil and comfortable-looking place. There are plenty of smart-looking Victorian terrace houses bordering sleepy, tree-lined streets. The only reminder, perhaps, of the great city that surrounds it comes from the flight path overhead, as airplane after airplane make their way to Heathrow. The metallic drone from their engines echoes tunelessly below as the residents of byways like Offerton Road go about their business. One tenant in Offerton Road was surely unaware of the aircraft passing overhead on the afternoon of June 30. He was busy reading on a lounger in the garden when the ground shook with a terrifying thud. A man had created a hole in the garden just three feet from the end of his sun bed. It had only taken 20 seconds or so for him to plummet from a Kenya Airways passenger plane. He had hidden in the Boeing 787’s landing compartment and fallen when the wheels were lowered for landing. Still, the stowaway was probably dead before he hit the ground. The plane had spent eight hours at 37,000ft (11,277m), where oxygen levels are thin and the cold is colder than any deep-freeze. Passengers are protected in a pressurised cabin but the stowaway was subjected to the elements. His fate was sealed when he hid himself away. The police were called to Offerton Road at 3.39pm and word soon spread to the media. The neighbours said they were appalled.

“It’s such a surreal thing to think of a dead body falling from a plane to anywhere and to happen in this really quiet street,” said Jake Gilbaro. “It’s almost too horrible to believe.” For Emeric Molnar it was an unexpected reminder of global disparities. “It came as a bit of a shock for everybody... here we are living our very affluent lifestyles in a very wealthy country and people are obviously drawn towards a country like this.” The police said the incident was “not being treated as suspicious”, but they have not been able to finish their report.  No one seems to know the stowaway - and nobody has come forward to identify him. A coroner-led inquest has been postponed. But this individual came from somewhere and he decided to leave the people and the places he knew and loved. Sky News wanted to find out more. We began our hunt at the biggest airport in Kenya on the assumption the stowaway had probably worked there. Jomo Kenyatta International Airport, in the capital Nairobi, is a big and bustling place with large areas occupied by companies exporting fruit, vegetables and flowers to Europe and the UK. I was assisted by local journalist Christabel Ligami and together we asked agents and cargo operators whether they knew of anyone who had gone missing. It took us a couple of days, but we finally got a break from an Uber driver called Kamau. “I’ve been following the stowaway story,” he said, as he bossed his Toyota Corolla around the airport.