Eight Kenyans among 12 arrested in Rwanda over cyber fraud attempt 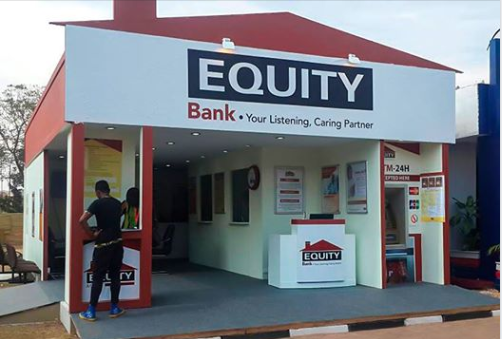 Eight Kenyans have been arrested in Rwanda for allegedly attempting to steal money from the Equity Bank.

The eight were among 12 people who included three Rwandans and a Ugandan and accused of cyber-fraud by the Rwandan police.

“Rwanda Investigation Bureau (RIB) arrested an organised group of 8 Kenyans, 3 Rwandans and a Ugandan over a cyber-fraud attempt on Equity bank. This group was arrested while in the process of hacking into the bank system to steal money from clients' accounts,” police said in a statement on Twitter.

The bureau said that the group came to Rwanda after successfully defrauding Equity Bank both in Kenya and in Uganda.

“A case file has been submitted to the National Public Prosecution Authority for further management,” RIB added.

The incident comes a month after detectives in Bomet arrested a 26-year-man who allegedly hacked into Equity Bank accounts and stole more than Sh400,000.

Peter Cheruiyot was found in possession of mobile phones and several ID cards. Police questioned him over cybercrime cases that have been on the rise in the county.

Many Kenyans have fallen prey of cybercriminals. Politicians and senior government officials have not been spared either.

On October 3, three suspects were charged with stealing Sh970,000 from a bank account belonging to a 67-year-old woman.

The three denied that they conspired with others not before the court to steal the money from Faith Wanjiku Njiriri’s account at Equity Bank, Thika branch on July 16.

According to the Director of Criminal Investigations George Kinoti, Wanjiku's money was siphoned from her account in four transactions of Sh300,030 each through an Eazzy Banking App, while Sh70,000 was sent to various Equitel numbers.