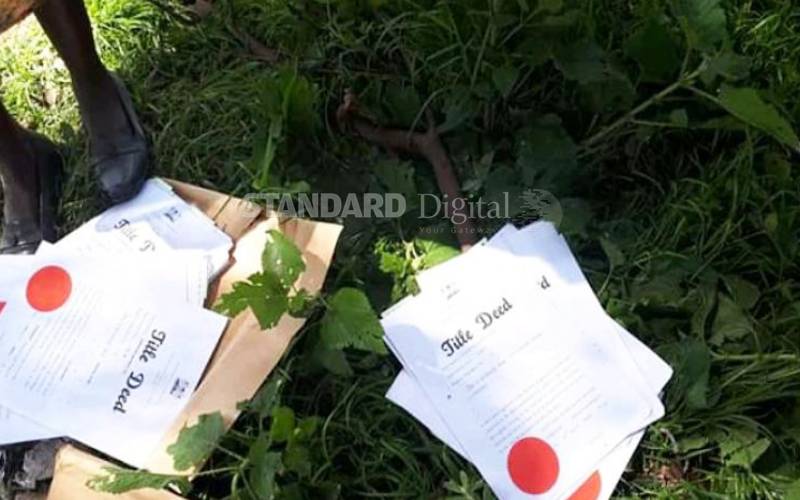 Data from the Kenya Land Alliance shows most land is still registered under men in most of the 47 counties.

Grassroots Organisations Operating Together in Sisterhood (Groots Kenya) voiced concerns over the data showing that women in some regions owned little to zero land.

Speaking during a data training on gender, Groots Executive Director Fridah Githuku said distribution of land had not made progress in regard to gender inequality.

Culture was one of the reasons cited as to why women were discriminated against on matters of land rights.

“When a woman loses her husband, in most cases, we see her in-laws coming to take over ownership of the brother’s property, leaving the widow at their mercy,” said Ms Githuku.

She urged the Government to look into such disparities, especially in Nyanza and Western regions. There are, however, some areas where women own bigger portions of land. They include Lamu, where women control 55.73 per cent, compared to men's 37.09 per cent, and in Embu, where 61.48 belongs to women while men have 34.43 per cent.

In some areas land ownership for men and women is almost at the same level. Ownership in Naivasha, for instance, stands at 13.10 per cent for men, against women's 19.21 per cent. “In Naivasha, 67 per cent of the land is not owned by either women or men, but by companies such as Delamare,” said Githuku.

Several court rulings in the country have tried to equalize land possession rights between men and women.

One such ruling was by Justice Lucy Waithaka in a Nyeri court last February. She ruled that married women were entitled to inherit their fathers' land.

This was an unprecedented move, as culturally, once a woman is married, she is cut off from her relatives as she belongs to the husband’s community.