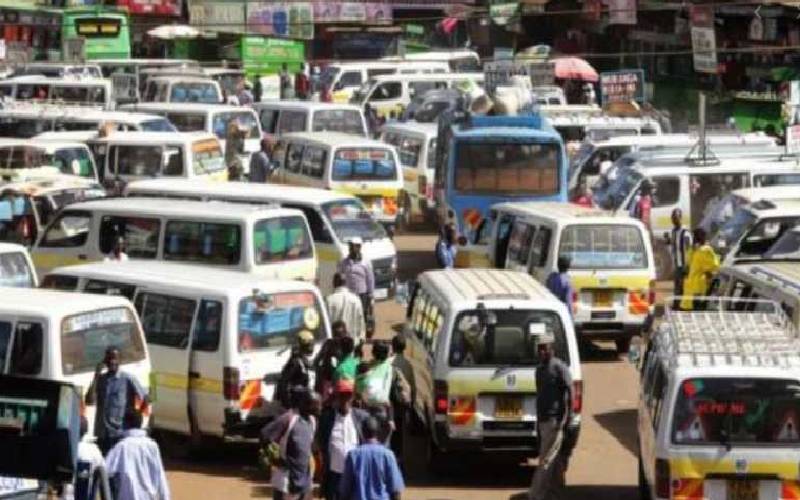 The National Transport and Safety Authority (NTSA) has suspended nine Matatu Saccos in Nairobi for failing to comply with the regulation limiting the number of vehicles a Sacco should operate.

According to NTSA regulations, public service vehicle (PSV) saccos are required to operate a minimum of 30 vehicles.

“NTSA notifies the public that it has suspended nine saccos for failing to comply with the provisions of Section 5(1) of the National Transport and Safety Authority (Operation of PSV) Regulations, 2014, which require a PSV sacco/company to operate a minimum of 30 vehicles,” read the statement from NTSA.

Eastlands is the most affected area as Saccos with vehicles on the route such as City Tram, which plies the Nairobi CBD-Umoja route, Mwamba Sacco and Marvellous Travellers operating on the Komarock route both suspended.

NTSA has cautioned members of the public against boarding vehicles belonging to the listed saccos.