Billionaire Humphrey Kariuki arrested after being released on Sh10m bail 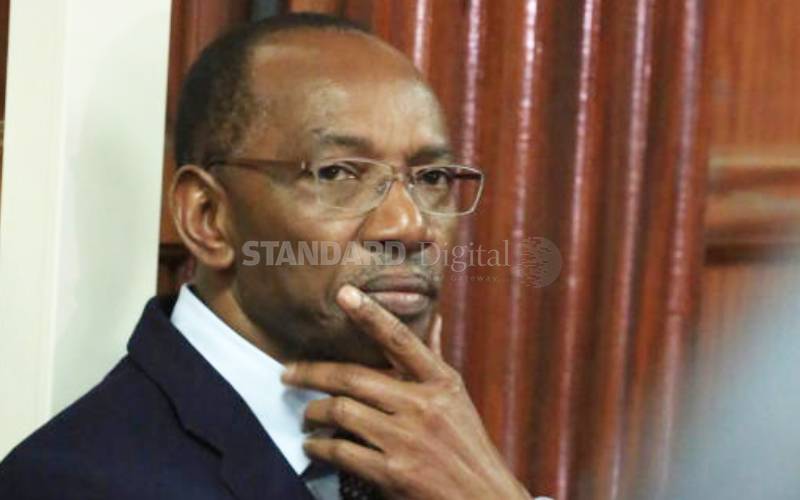 Businessman Humphrey Kariuki (pictured) has been re-arrested by DCI officers outside High Court.

He had been granted Sh10 million bail and ordered to surrender his two passports and appear before DCI in six hours.

Kariuki resurfaced barely a month after being summoned to answer to several charges linked to his business empire.

On Monday, the composed billionaire appeared at the Milimani Law Courts in the company of lawyer Kioko Kilukumi to answer to charges of tax evasion.

The billionaire and 10 others mainly drawn from Wow beverages and Africa Spirits are accused of among other things, evading tax amounting to more than Sh41 billion.

Besides the tax evasion charges, the DPP says the seven should be charged with being in possession of excisable goods affixed with counterfeit excise stamps, and fraud.

“ [A] KRA audit has revealed that Africa Spirits/WOW beverages had evaded payment of tax in the amount of over Sh41 billion between the period of 2014 and 2019,” said Haji.

“In addition, the audit revealed that there was evidence of tampering with the production system at the Africa Spirits factory that led to the submission of false declaration to KRA,” he adds.

A total of 2,700 companies have claimed 16 per cent VAT and 30 per cent relief on corporation tax.

By Duncan Khaemba | 17 hours ago